Here are some of the horror DVD/Blu-Ray releases for September 8th!

Universally recognized as the Master of Suspense, the legendary Alfred Hitchcock directed some of cinema’s most thrilling and unforgettable classics. The Alfred Hitchcock Classics Collection features four iconic films from the acclaimed director’s illustrious career including Rear Window, Vertigo, Psycho and The Birds in stunning 4K resolution. Starring Hollywood favorites such as James Stewart, Grace Kelly, Anthony Perkins, Janet Leigh, Tippi Hedren, Kim Novak and Rod Taylor, this essential collection features hours of bonus features as well as the original uncut version of Psycho for the first time ever.

Two peerless masters of Japanese cinema Kinji Fukasaku (Battles without Honor and Humanity, Battle Royale) and Takashi Miike (Dead or Alive, Audition) present their own distinctive adaptations of yakuza expert Goro Fujita s gangster novel Graveyard of Honor, each tapping into the zeitgeist of a distinct period of Japanese history.

Set during the turbulent post-war years, Fukasaku s original 1975 film charts the rise and fall of real-life gangster Rikio Ishikawa (Tetsuya Watari, Outlaw Gangster VIP). Shot through with the same stark realism and quasi-documentarian approach as Fukasaku s earlier Battles Without Honor and Humanity, Fukasaku nonetheless breaks new ground through his portrayal of a gangster utterly without honor or ethics, surviving by any means necessary in a world of brutal criminality.

Meanwhile, Miike s 2002 retelling transplants the story to Tokyo at the turn of the millennium. Less a direct remake of Fukasku s film than a radical reimagining of the same overarching premise, Miike s film captures both the hedonism and nihilism of the modern Japanese crime scene in deliriously stylish fashion, resulting in a fascinating companion piece to the original that nonetheless stands as its own entity.

One of the most shocking films of all time, Alfred Hitchcock’s Psycho changed the thriller genre forever. After its original release in 1960, the film was censored for decades…until now. Join the Master of Suspense on a chilling journey as an unsuspecting victim (Janet Leigh) visits the Bates Motel and falls prey to one of cinema’s most notorious psychopaths – Norman Bates (Anthony Perkins). Featuring one of the most iconic scenes in film history – the famous “shower scene,” Psycho is “still terrifying after all these years” (Leonard Maltin’s Classic Movie Guide).

In a dystopian police state reality of indeterminate time and place, orange bouffant-haired comedian Sam Coex is eager for his big break. Realizing that desperate times call for even more desperate measures, he slits the throat of his rival Joey Myers, leaving the way clear for him to carve his own niche on the comedy circuit. But success can be a fickle and fleeting mistress, and Sam soon finds his career on a downward turn when he falls foul of the powers that be.

From the chilling imagination of Clive Barker, the original Candyman has become a cult-favorite amongst horror fans. The gut-wrenching thriller follows a graduate student whose research summons the spirit of the dead! When Helen Lyle (Virginia Madsen) hears about Candyman (Tony Todd), a slave spirit with a hook hand who is said to haunt a notorious housing project, she braves the gang-ridden area to visit the site. Helen arrogantly assumes Candyman can’t really exist…until he appears, igniting a string of terrifying, grisly slayings. The police refuse to believe Helen’s story and charge her with the crimes. Now the only one who can set her free is Candyman.

Jigsaw abducts a doctor in order to keep himself alive while he watches his new apprentice put an unlucky citizen named Jeff through a brutal test.

Several years after their son s disappearance, a grieving couple adopts a feral boy, who begins to eerily resemble their child more with each passing day. While the mother believes they have found their son, her husband is certain he died. As strange accidents begin happening around the boy, the pair soon wonders whether they’ve adopted something not entirely…human.

A construction crew fights to survive after unearthing the mythical “Stonehenge of America”, awakening deadly spirits. Joan Huntar (Kristen Anne Ferraro), a real estate developer, buys an old summer camp to build new homes. However, the property has a dark history that ties to a legend of supernatural worship and human sacrifice. A celebration weekend turns deadly when construction disturbs forbidden ground. Uncovering the mythical megalith, spirits who have battled each other for centuries are awakened, killing or possessing others to gain control of this supernatural gateway. Unable to escape, Joan, with her family and friends, must fight for survival and destroy the megalith, closing the gateway to the Dark Dimension and defeating the spirits from beyond. Also starring Corbin Bernsen, Lori Petty, and Judd Hirsch.

A secret vampire busting group hires a young recruit (Babyjohn Choi) only to see him fall in love with one of vampires he must destroy. Learning on the job and fighting his attraction, the man struggles to keep his focus on saving humanity. In Chinese with English subtitles.

This Science Fiction docudrama/mockumentary revolves around a dystopian future world and the possible consequences of today’s actions. A young reporter highlights the issues a mind controlling drug has on the population and the moral aspects of a higher powers influence. Starring Monty Jordan (Macguffin) and Matt Long (Soldiers of Embers). 15 Independent Award wins & 16 nominations 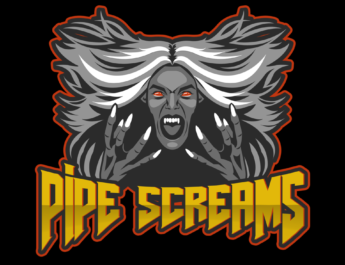 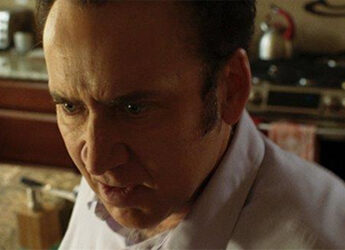