AMC Networks’ SHUDDER, the premium streaming service for horror, thriller and the supernatural, announced today it has surpassed a major milestone and is now streaming to more than one million members. The streaming service saw a surge in usage and new memberships that began with the debut of its original series Creepshow last September, and has continued throughout 2020 with its second hit original series, Cursed Films, and a lineup of acclaimed original films that includes The Room, Z, The Beach House and Host, among others.

“The addition of original series and movies turbocharged our growth and turned Shudder into a must-have service for anyone interested in great horror, thriller or supernatural entertainment,” said Miguel Penella, AMC Networks SVOD President. “Our relentless focus on quality programming, innovative content and finding the best up-and-coming creators has enabled Shudder to break out in the crowded world of subscription services. Shudder’s success comes as our other targeted SVOD services—Acorn TV, Sundance Now and UMC—continue their strong subscriber growth momentum by super-serving passionate fans with the content they love the most.”

Shudder has frequently been recognized as one of the best targeted streaming services due to its quality collection of exclusives, originals and genre classics, and its unparalleled selection of independent horror films from around the world. According to Rotten Tomatoes, 3 of the top 4 horror films released in 2020 are Shudder films, including the #1 movie of the year, the Zoom-based quarantine horror film Host, which was written and shot in just 12 weeks during quarantine. 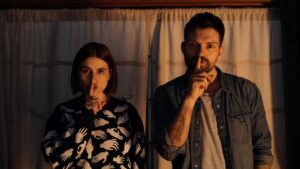 Shudder’s first original scripted series, Creepshow, broke all of the streamer’s viewership records when it debuted in 2019, and finished as the top-reviewed new horror series across all networks and streamers that year. Creepshow is currently in production on season 2. Meanwhile, Shudder’s hosted movie show The Last Drive-In with Joe Bob Briggs continued to be a social media phenomenon, with new episodes typically trending #1 on Twitter on the night they debut.

Shudder’s growth has also been fueled by a string of successful launches on new platforms and in new territories. In August, Shudder debuted in Australia and New Zealand, further expanding its international reach which includes the U.S., Canada, Germany, the UK, and Ireland. In the U.S., Shudder has recently launched on Roku Channels, Charter/Spectrum, DISH and Sling.

Shudder is widely available through its own apps on web, mobile, Roku, Fire TV, Apple TV and Xbox, as well as through Apple TV Channels in the US and Amazon Prime Video in the US, Canada and UK.

ABOUT SHUDDER
AMC Networks’ Shudder is a premium streaming video service, super-serving members with the best selection in genre entertainment, covering horror, thrillers and the supernatural. Shudder’s expanding library of film, TV series, and originals is available on most streaming devices in the US, Canada, the UK, Ireland, Germany, Australia and New Zealand. For a 7-day, risk-free trial, visit www.shudder.com.

ABOUT AMC NETWORKS
Known for its groundbreaking and celebrated original content, AMC Networks is the company behind the award-winning brands AMC, BBC AMERICA, IFC, SundanceTV, WE tv, and IFC Films. Its diverse line-up of popular and critically-acclaimed series and independent films include Killing Eve, Better Call Saul and The Walking Dead, which has been the #1 show on ad-supported cable television for ten consecutive years, as well as Portlandia, Brockmire, Love After Lockup, and the films Boyhood, Death of Stalin, and many more. Its original series Mad Men and Breaking Bad are widely recognized as being among the most influential and acclaimed shows in the history of TV. The Company also operates AMC Studios, its production business; AMC Networks International, its international programming business; the subscription streaming services Shudder, Sundance Now, Acorn TV and UMC; and Levity Entertainment Group, the Company’s production services and comedy venues business. For more information, visit http://www.amcnetworks.com.

Tales from The Lake Vol 4 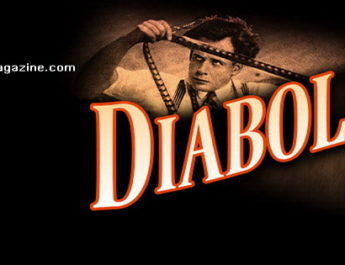