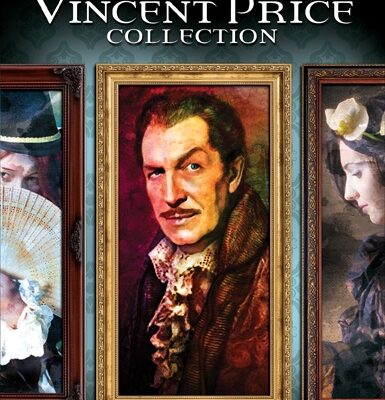 Here are some of the horror DVD/Blu-Ray releases for September 22nd!

Get ready for six chilling tales starring the master of horror, Vincent Price! This collection includes new and vintage bonus features that focus not just on each film, but on Price’s illustrious and enduring legacy as cinema’s most chilling actor.

From Dusk Till Dawn (Blu-ray + Digital)

“One of the best and most ambitious of the Roger Corman Edgar Allan Poe series… a colorful symphony of the macabre… boasts a magnificent performance from the wonderful Vincent Price” – TV Guide Death and debauchery reign in the castle of Prince Prospero (Vincent Price), and when it reigns, it pours! Prospero has only one excuse for his diabolical deeds—the devil made him do it! But when a mysterious, uninvited guest crashes his pad during a masquerade ball, there’ll be hell to pay as the party atmosphere turns into a danse macabre!

The classic supernatural comedies that defined a generation: Ghostbusters and Ghostbusters 2. Celebrate over 35 years of the Ghostbusters franchise with these spooktacular films that captured the imagination of audiences around the world – and redefined the action-comedy genre in the process.

HELLRAISER IV: Explore the twisted tale of the family who unknowingly opened the door of Hell setting the diabolical Pinhead free to spread evil here on earth. HELLRAISER V: A shady L.A detective finds himself lost in a nightmarish world of evil when he solves the mysterious puzzle box that releases the diabolical demon Pinhead. HELLRAISER VI: Pinhead is back in the next chilling chapter in the electrifying HELLRAISER legacy originated by best-selling horror author (and director of the original film) Clive Barker. HELLRAISER VIII: When five hardcore online gamers are invited to a special party thrown by a mysterious destination known as Hellworld, they endure a night of unspeakable terror that reaches beyond cyberspace.

MIMIC: A disease carried by common cockroaches is killing Manhattan children. In an effort to stop the epidemic an entomologist, Susan Tyler, creates a mutant breed of insect that secretes a fluid to kill the roaches. This mutant breed was engineered to die after one generation, but three years later Susan finds out that the species has survived and evolved into a large, gruesome monster that can mimic human form. MIMIC 2: Four years ago, a cockroach-spread plague threatened to decimate the child population of New York City. Then, research biologists developed a species of “Judas” bugs engineered to “mimic” and overrun the diseased roaches in their grubby habitat. The plan worked until the creatures evolved to mimic their next prey … humans! They were all thought to be dead, but the mutated cockroaches have now undergone another unimaginable metamorphosis and are once again threatening to take over! Bursting with amazing special effects and loaded with unstoppable excitement — you’ll thrill to every moment of this pulse-pounding crowd pleaser! MIMIC 3: In a decaying neighborhood, asthmatic and allergic amateur photographer Marvin Montrose spends his days and nights confined in his room, snooping on his neighbors in the next building with his camera. When a boy disappears in the spot and then the local drug dealer Desmond, Marvin suspects a mysterious garbage man and his sister Rosy and her friend Carmen investigate. Meanwhile, Marvin witnesses the death of Detective Gary Dumars and a stranger on the street by two mutant Judas Breed insects and discloses that their prime suspect is the CDC Agent Kirchner

Children of the Corn III: Urban Harvest – In the third installment in the movie series inspired by Stephen King’s original short story, a childless couple adopts a pair of orphaned brothers only to discover they’re much more than they seem. Children of the Corn IV: The Gathering – Somewhere out in the cornfields lurks an unspeakable evil, and a bright young medical student is determined to solve the mystery behind the sinister plague in this fourth chilling chapter of a movie series inspired by Stephen King’s short-story. Children of the Corn V: Fields of Terror – Six college students take a very wrong turn, and find themselves lost in a strangely deserted rural town ruled by a murderous cult of children controlled by evil forces in the fifth chapter of the popular horror movie franchise. Children of the Corn 666: Isaac’s Return – 19 years ago a child led a cult of kids to murder and fulfill a sinister prophecy. Now Isaac is back, and the strange rituals have returned in this sixth installment of one of the most popular horror movie franchises of all time.

Separated from her fiance after sneaking onto a restricted slope, Mia, a free riding snowboarder, must survive not only against nature, but the masked snowmobile rider in black who’s out for her blood.

If you’ve ever wanted to kill someone talking or texting near you in a theatre, this is the film for you! Harris (James Henderson) and his mother (Diane Ayala Goldner) love the movies, but sometimes other audience members spoil things; when disruptive film-goers start dropping like flies, Harris finds himself confronting his past and questioning his sanity. This slasher-comedy with an ’80s vibe is sheer “unapologetic homage” (fearforever.com) “full of laugh-out-loud dialogue and made with love.” (letterboxd.com) – So, sit back, relax, and for the love of God, turn off your cell phone!

A strange artifact is passed around during a dinner party, while each guest admiring it, they each cryptically describe various sentiments and ill-feelings. And when one of the guests goes to use the bathroom, he makes a horrific discovery in the sink – it’s full of blood and detritus mixed with the skin from a human face!

A group of occultists steal 13 sacred relics from the tomb of Prince Horus-Kan in order to create their own supernatural powers. Now, the three thousand year old mummy prince must hunt down the stolen relics while bringing deadly vengeance upon the grave robbers. BONUS FEATURES: Director’s Commentary 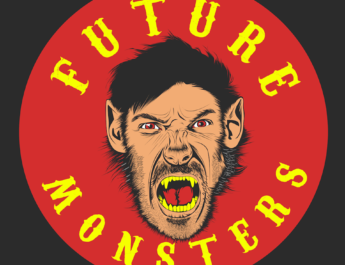