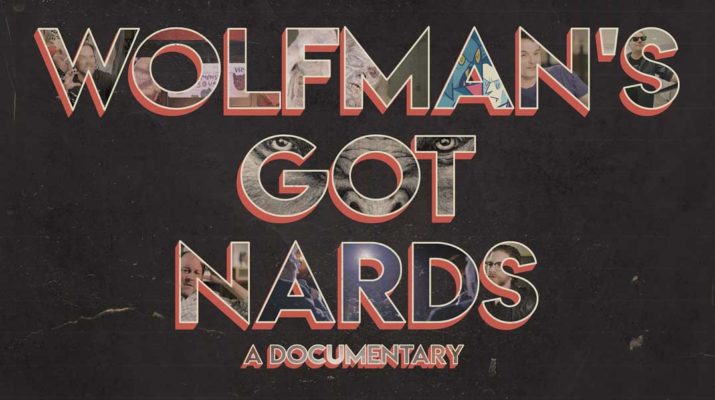 Here are some of the horror DVD/BluRay releases for October 27th!

When it was released in 1987, The Monster Squad was deemed a failure by critics and was, according to the box office, a film no one cared about. But over the last three decades, word of mouth has turned this sleeping hit into a cultural phenomenon.

From Luigi Cozzi, the writer/director of STARCRASH, CONTAMINATION and PAGANINI HORROR, comes the over-the-top meta-shocker about a production company filming a new sequel to one of ’70s Italian horror’s best-known classics and the resurrected supernatural demon that may destroy them all. Caroline Munro (MANIAC), Brett Halsey (THE DEVIL’S HONEY), Florence Guérin (BLACK VENUS) and Urbano Barberini (OPERA) star in this long-unseen fan favorite, originally released in Italy as DEMONS 6. Transferred in 2k from pristine vault elements for the first time ever.

When a young man becomes comatose after a freak accident, his father invites six strangers to a secluded villa for a weekend packed with relentless nudity, outrageous violence and perhaps the most depraved sex/gore death in all of Italian horror. Sacha Pitoëff (INFERNO), Gianni Dei (MANHATTAN GIGOLO) and Mariangela Giordano (MALABIMBA) star in “one of the most ultimate exploitation films ever made” (Monster Pictures), now scanned uncut from the original negative for the very first time in 40 years.

A SWAT team transporting a vicious crime syndicate boss find themselves trapped inside a county detention center as the world burns around them. They have no communication with the outside world and must band together to escape the bloodthirsty alien forces attacking them.Attach of the Unknown stars Richard Grieco (21 Jump Street, Night at the Roxbury, If looks could Kill) Tara Reid (American Pie) and Robert LaSardo (Nip/Tuck, General Hospital, CSI Miami, Gang Related, NYPD Blue).

In the early Spanish colonial age, the leader of a satanic sect was condemned to eternal damnation by a priest, and was left to rot with an axe forever embedded in his chest. Now, in modern day, a group of teenage, treasure seeking, grave robbers accidentally uncover his hidden tomb, dislodging the axe in the process. But what they don’t realize is that they’ve unwittingly re-woken the diabolical killer, who promptly sets out to complete his unholy mission of spawning the son of Satan, while brutally butchering anyone who happens to get in the way…

SCARY TALES proves that the films of John Waters and Don Dohler aren’t the only genre miracles from Baltimore. A shot-on-video horror anthology that plays out like a public access version of CREEPSHOW, this is what happens when Satanic necklaces, bloodthirsty slashers, and DUNGEONS & DRAGONS-styled live action role playing collide with cool dads, neon lightbulbs, and dungeon synthesizers. AGFA and Bleeding Skull! are thrilled to present this charming, gore-filled dreamscape that has been meticulously pieced together from its original S-VHS master tapes.

February, 1983. Detectives are called to a residential address in the London suburbs following reports that the drains have been clogged by human remains. One of the property s residents, Dennis Nilsen a mild-mannered and unassuming civil servant is brought in for questioning, leading to the discovery of one of the most shocking and disturbing cases of serial murder ever to rock Britain.

When a career woman (Girardot) checks into the exclusive seaside clinic of a doctor (Delon), famed for his unorthodox rejuvenation treatments, she’ll discover a nightmare of bourgeois depravities, medical atrocities and the eye-popping full-frontal nudity that sparked worldwide headlines. Robert Hirsch (HIVER 54, L’ABBÉ PIERRE), Michel Duchaussoy (MESRINE) and Jeanne Colletin (EMMANUELLE) co-star in this “political allegory fashioned as horror story”(Time Out). Released in the UK as DOCTOR IN THE NUDE – now scanned uncut in 2k from the original interpositive.

Evil land developer, Allen Sangster, has just opened his latest tourist trap: the Memorial Valley Campground. As carloads of happy campers arrive for what they assume will be a weekend of fun in the great outdoors, a much more sinister presence is watching them from the nearby wilderness. When campers start turning up dead, their bodies brutally mangled, George, the head forest ranger, is tasked with finding the killer and putting an end to the bloodshed… but it seems he might know much more about the sinister killings than he’s letting on.

Move over GHOULIES, there are some new CRITTERS in town! ! It’s the eve of Halloween in Las Vegas and three enterprising young ladies are throwing a massive 420 gala. But little do they know, they’re also going to unleash a freakish gaggle of party-loving nightmare-creatures from beyond. In the tradition of Empire Pictures classic horror comedy GHOULIES, the DEADLY TEN presents a new, original tale that’s destined to become an instant Full Moon favorite. When a midnight scavenger hunt for a rare bud of weed known as the Golden Nug brings a group of party-hungry stoners to a haunted hotel, it seems like it’ll be the greatest night ever. But when the enigmatic owner, Madam Haze, introduces them to the Weed-G-Board, they open a portal beyond our world, and unleash The Weedjies. This group of ghastly hysterical creatures has only one mission: Party ’till you die. Before Halloween night is over, the unwitting guests will have to fight for their right to party, and put The Weedjies back in the board – or end up sucked into the netherworld forever. Bonus features include: Full Moon Features Trailers!, Medicated Pete & McRib Lady Chat, Weedjies Original Trailer & Teaser, Howard Stern Show Clip, Set Tour with David DeCoteau, Puppeting with Gob-Lynn Featurette., Puppeting with Motorbreth Featurette., Weedjies of the Night – Music Video, The Complete Making of Weedjies Feature (100 Minutes!)

The Evans children have just suffered the untimely death of their beloved father. After moving with their mother into their grandmother’s gothic seaside mansion, they soon become hosts to an uninvited demonic force in the form of a mysterious lamp that once resided in the Amityville house. As unexplained, and increasingly violent, events start occurring in and around the property, Jessica, the youngest member of the household, begins to believe that her father has secretly returned. Unfortunately, it’s actually a demon taking on his likeness ready to terrorize and kill anyone and everyone in order to be fully reborn in human form.

A group of college-aged ornithologists have taken a class trip deep into the wilderness on a quest to find and study a rare and possibly extinct species of bird. Despite receiving ominous warnings, both human and avian, they set up camp in a musty old house, only to find themselves under siege from mysterious supernatural forces. But it’s not just the house or the hoards of hungry birds that they have to worry about, they quickly realize that they’re also going to have to contend with a group of bloodthirsty zombies, who have descended on the deserted farmhouse!

Keyes is a successful photographer who lives at the border of Skid Row. While walking home one day, he notices a homeless man with a strange old mirror. Immediately struck by it for reasons he cannot explain, Keyes convinces the odd old man to sell it to him. However, the mirror seems to have a strange effect on all those who look at it, and it’s not long before Keyes himself starts behaving in increasingly erratic and unhinged ways, unaware that his actions are being controlled by an evil force lurking inside of the mirror; a force determined to use his soul to awaken an unspeakable evil.

A camping misadventure forces a young girl and her father into the world of a demon-worshiping cult known as The Circle. As the pair become trapped in The Circle’s increasingly frightening sphere of indoctrination, a case-hardened professional cult deprogrammer and his two clients attempt to kidnap/reclaim one of the group’s members. Grisly rituals are soon revealed to be part of a terrifying, surreal, alternate reality that has been constructed by the cult’s mysterious, isolated leader. Escape is the only objective, but all of them are trapped in The Circle.

A young girl is possessed by the spirit of a malevolent Egyptian Goddess after her and her friends conjure her with a spirit board.

Bakersfield has a curse on it. Each Halloween the Spine Chiller dance makes its way to town, causing mischief and a string of disappearances no one can explain. Follow four individuals who have been invited this year, and watch as they uncover the sinister origins of the dance.

When a contaminated energy drink turns an illegal rave into a nightmare, a germaphobic journalist has to overcome her deepest fears to get her friends out alive. Starring Georgia Hirst, and Natasha Henstridge, Olivier “the Dutch Giant” Richters. Featuring original beats by Maceo Plex.

What is supposed to be an educational and collaborative weekend professional development session for the English Department of Prescott High School instead turns into a blood soaked nightmare when a masked killer targets them.

In Two Thousand Maniacs!, a group of Yankee tourists take a detour and wind up in the small Southern town of Pleasant Valley–which has magically rematerialized 100 years after its destruction during the Civil War. They find themselves welcomed by the eager townsfolk as guests of honor at their centennial celebrations. Little do the Northerners know that the festivities are set to include torture, death and dismemberment…

Moonshine Mountain tells the story of country-western singer Doug Martin who returns to rural North Carolina with his fiancée Della to reconnect with his roots. He is greeted by two feuding families, the Carpenters and the Bashams, as well as the town sheriff Asa Potter. However when the sheriff murders Della for resisting his advances and begins a murder spree, can Doug get the warring families to put aside their differences and defeat the crazed lawman? 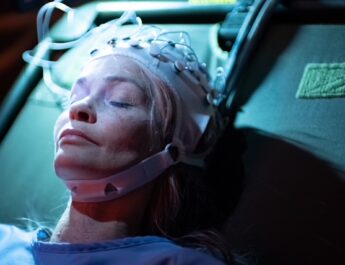