Announces the Release of:
The Scarecrow and Other Stories
By G. Ranger Wormser
Edited and Introduction by William P. Simmons

A woman wrote one of horror’s best kept secrets.…
Shadow House Publishing kicks off MACABRE MISTRESSES, a series devoted to women horror authors and their unique contribution to the field, with a landmark collection by an unjustly neglected author.

THE SCARECROW AND OTHER STORIES, by G. RANGER WORMSER, is the most disturbing book that you have never read! This suppressed collection of death, demons, and desire ranks the author alongside Shirley Jackson and Joyce Carol Oates as a mistress of literary dark fiction. Surprisingly modern, these minimalistic, knife-edged fear fables tackle sexism, prejudice, and cruelty. They speak as powerfully to readers in the 21st century as when first published.

Gwendolyn Wormser was an unacknowledged mistress of psychological horror, atmosphere, and social criticism. Her deeply introspective stories of sentient scarecrows, shapeshifters, and specters also reveal the daily indignation and abuse that women suffered in the early 20th century. Largely ignored since their 1918 publication, these twelve numinous nightmares are unsettling, lyrical, and uncanny. 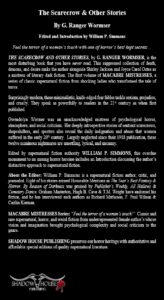 Available as a Kindle e-book and trade paperback this November from:

MACABRE MISTRESSES Series: “Feel the terror of a woman’s touch!” Classic and rare supernatural, horror, and weird fiction from underrepresented female author’s whose vision and imagination brought psychological complexity and social criticism to the genre. 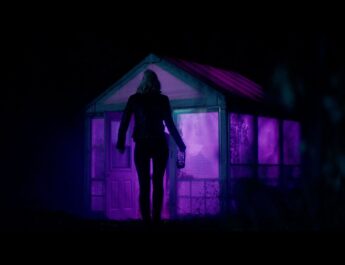 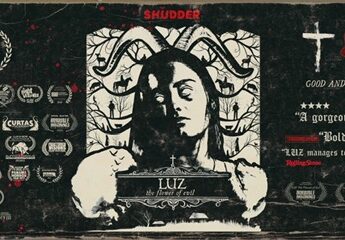