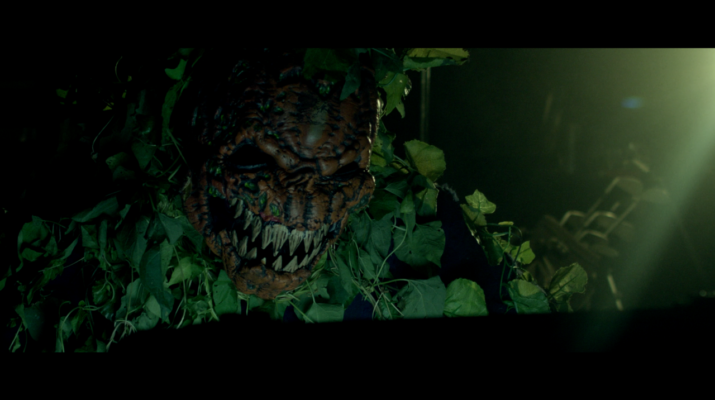 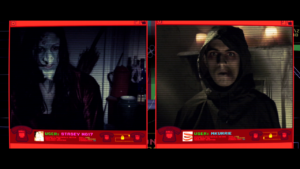 Daily death figures…people locked down, hiding, communicating via webcams…a divided nation…a right wing agenda pulling the strings of government with populist politics…welcome to alternate Detroit in 1986…welcome to the world of Goodnight, Halloween.

Goodnight, Halloween is a short fantasy thriller from award winning writer/ director Luther Bhogal-Jones – in this alternate world Halloween creatures have co-existed with mankind for all time…but now a forced government policy has removed their rights and allowed human citizens to exterminate them without consequence. The creatures have been forced into hiding and forged uneasy alliances between competing different species, all with their own agendas. A ray of hope emerges – evidence that could discredit K.R.O.N.A – the Khristian Right Of New Amerika – and having retrieved the evidence a group of creatures are scattered and forced to stay in hiding while the evidence is painstakingly uploaded to the Network…if they can stay alive long enough…which is where the film begins… 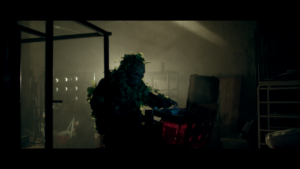 Ironically prescient for these times after being 14 years in the making (don’t ask, or refer to the accompanying 10 FAQs for more information on that) Goodnight, Halloween is a thrilling stylish throwback to the creature films of the VHS 80s era – something that could have come from studio stables of New World or Empire Pictures – while combining elements of Robocop’s mediabreak interludes and downbeat, cynical elements of John Carpenter’s work (especially with the Carpenter-esque score to the film – courtesy of Worthing composer Monzen Nakacho)

Goodnight, Halloween is available to view now at https://youtu.be/_j92cxEB39o

And if that’s given you a taste for more, you can view the entire ZYX news sequence at https://vimeo.com/294854276

And the soundtrack can be purchased from https://monzennakacho.bandcamp.com/album/goodnight-halloween-original-soundtrack 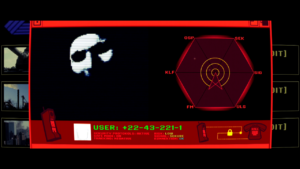 Faster Productions is the production umbrella name for award winning writer/ director Luther Bhogal-Jones, who has been making films for over 25 years.

His most recent film – the award winning* splatstick puppet short “Snore” – has been playing festivals for the last 18 months and will be available for all to view online in early 2021.

Previous films showcase a diverse range of styles and themes – from the dazzling Italian genre homage “Knock Knock Knock Knock”, which premiered in Paris in 2018 – to the bittersweet comedy short “Pick-Ups” (described by one viewer as “kitchen sink drama meets Jacques Tati”) through to the 3D grindhouse trash short “Black Spot” (shot on a £28 3D camcorder)…with other works including the psychologicalcomicbooknoir of “The Crunch” (which received comparisons to Beckett) and the melancholic coastal drama of “Stranded.”

Originally from Sutton-in-Ashfield in North Nottinghamshire, Bhogal-Jones is now based near Worthing on the south coast of the UK where he continues to develop further short films including a “A Boy And His Space Llama” – a video game inspired film set in the mid 80s – and feature films including “The Machina Man” -a biopic of the godfather of the UK video games industry, “R” – a demon revenge horror film, “Poison The Well” – a gripping dark drama where an aging actor is under police interrogation for a historical sexual abuse claim and the absurd over the top kaiju style monster film of “Piranhasaurus Rex.” 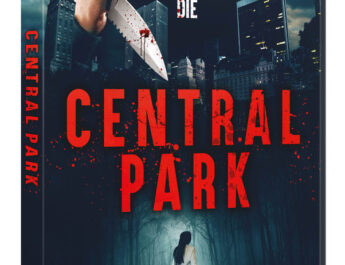