Stephanie Rabig recently introduced us to her two new books, ‘Playing Possum,’ and ‘Cryptids and Cauldrons: The Sisters.’ After that introduction, we thought they would be of interest to our readers so we got to ask Stephanie Rabig some questions about them. Below find out what the books are about, her reaction to the reviews they’re getting, creating a new series, giving to charity, and more… 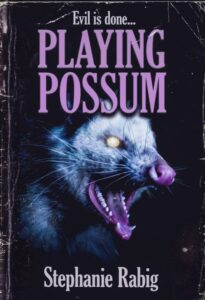 -Stephanie: It’s a classic “small town vs. vicious animals” story. I’ve always loved creature features, and when Alan Baxter’s “Roo” came out, followed by Kealan Patrick Burke offering to make similar covers for free for any author who wanted to give all the proceeds from that book to charity, I couldn’t resist.

-PH: Why use possums? Did you pick them out of personal experience, or because they fit this kind of story?

-Stephanie: The challenge for the cover use was that the animal couldn’t be something like Bigfoot or werewolves…it had to be an actual animal, local to the area you’re writing about. I’m in Kansas, and I considered raccoons for a minute before settling on possums. Even though in real life they’re pretty much harmless, they can look terrifying, and I knew that was something I could play with.

-PH: There’s plenty of room for blood and guts here, but is there humor or other genres mixed in as well?

-Stephanie: Oh, absolutely. I think the best creature features keep a little element of the absurd to them, because the situation itself is so outlandish. Part of the humor in this book comes from how certain characters react to a threat like this…growing up in a small town, I’ve discovered that people get very creative with their weaponry. Probably too creative. There’s also romance, as Tiffany and Vanessa try to navigate the next stage of their relationship while dealing with some unusual challenges.

-PH: All proceeds from the book are going to the World Wildlife Fund. Why was this important for you to do?

-Stephanie: My daughter fell in love with the World Wildlife Fund the minute she discovered their “adopt-an-animal” program, where you donate a certain amount and get a plushie of that animal and an information card in return. For the past few years all her Christmas and birthday money goes to them, and she’s got a box full of plushies that she’s very proud of. So picking this charity for book proceeds was easy.

-PH: The book has gotten some good early reviews. How does it make you feel when you see people respond positively to your work?

-Stephanie: I am living on Cloud 9! This was such a fun project to work on, and seeing that people are having just as much fun reading it is amazing. 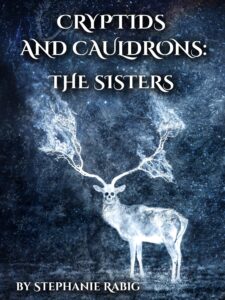 -PH: You also have another new book ‘Cryptids & Cauldrons: Sisters.’ What’s this one about?

-Stephanie: It’s the first book in a series about a cryptid-hunting organization. It focuses on two workers in particular, Nik and Belasco:

Dominik Esparza has settled more on the research end of things and holds a bit of disdain for the workers who can’t seem to encounter even the most docile of cryptids without trying to kill them. But when he’s thrown into an emergency, he reacts badly, and the civilians he’s supposed to protect end up paying the price.

Danielle Belasco is generally one of the people Nik hates– she’s a hunter with a very high kill count. But when she’s assigned to take out an un-blooded werewolf (one who hasn’t yet fed on a human) she refuses, which leads to her getting temporarily demoted from hunter to babysitter, as she’s assigned to watch over Nik while he helps search for a young woman who went missing during his own disaster of a case.

-PH: Is it similar in anyways to ‘Playing Possum?’

-Stephanie: There are some common elements– people vs. nature; central queer characters; gallows humor–though the overall tone of this one is a bit darker.

-PH: So can you tease some of the evil readers can expect to find here?

-PH: This is the first book in this new series. What can you tell us about what you have planned for the future of this series?

-Stephanie: I’m going to focus more on side characters who showed up in this book. And the third book, which I’m really excited about, is set at a 1920s sideshow and is all about the people who founded the organization.

-Stephanie: At far too young an age, probably. My dad has a huge collection of Stephen King books, and because they’re so heavy he’s always kept them on the bottom shelf, in perfect kid-reach. He found me sitting in the closet in the middle of the night when I was about 9, reading Pet Sematary. I just said, “Dad, I’ve only got ten pages left” and I think the poor guy gave up right then.

-PH: Here’s your chance to promote anything we haven’t talked about. Let us know something more about these two books, some of your other books, future books, or anything else you would like to mention.

-Stephanie: My website– stephanierabig.weebly.com— has links to my other books, which range from queer romance to a Weird Western that I’m working on with my best friend Angie Bee. And I’ve got two horror projects in the works that I’m really pleased with: a Dracula retelling set during Prohibition, and a story about a group of kids sent to a conversion therapy camp who use magic powers to pretty much Carrie the place.

I’m also on Twitter @stephrabig. The horror community there is fantastic.

We would like to thank Stephanie for taking the time to answer our questions. Hopefully this gave you some good insight on her two new books. Remember both can be found on her website, and on Amazon at:

Cryptids and Cauldrons: The Sisters 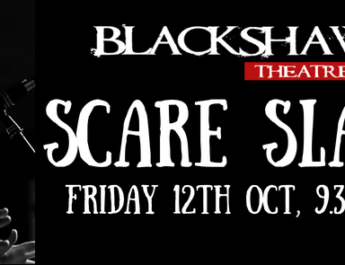