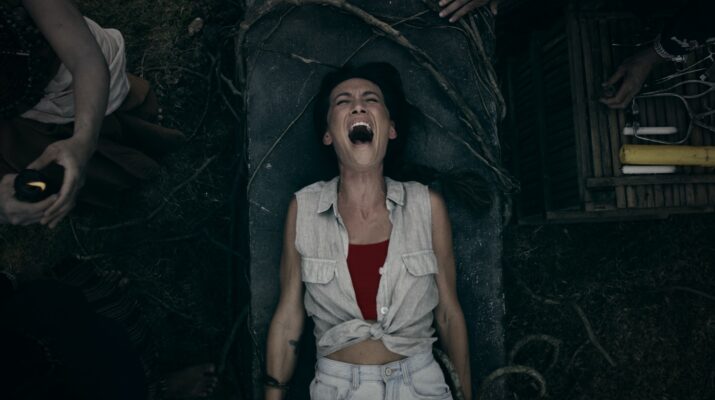 Here are some of the horror DVD/BluRay releases for November 17th!

For more than four decades, Hammer Films unique blend of horror, science fiction, thrills and comedy dominated countless drive-ins and movie theaters. Enjoy this massive collection from the darkest corners of the Hammer Imagination! Featuring 20 Cult-Classics from the infamous Hammer Studios produced in the 50s, 60s and 70s available together for the first time in high-definition!

When elderly mother Edna inexplicably vanishes, her daughter Kay and granddaughter Sam rush to their family’s decaying country home, finding clues of her increasing dementia scattered around the house in her absence. After Edna returns just as mysteriously as she disappeared, Kay’s concern that her mother seems unwilling or unable to say where she’s been clashes with Sam’s unabashed enthusiasm to have her grandma back. As Edna’s behavior turns increasingly volatile, both begin to sense that an insidious presence in the house might be taking control of her.

Get ready for unlimited thrills and chills as all six classic Inner Sanctum Mysteries come to Blu-ray for the first time ever. Based on the popular radio shows of the 1940’s, this collectible set is a must-own for every classic mystery and horror fan.

A naked woman is found murdered and mutilated in a prosperous small province town in Southern Italy. But who killed her… and why? Inspector Capuana (Farley Granger; Strangers on a Train, Rope, Arnold) investigates what turns out to be a string of savage murders in which unfaithful women are targeted as they play around behind their husbands’ backs. Now the killer, who wears a black fedora, gloves, and trench coat as he stalks and photographs his victims, is becoming more relentless in a depraved quest to purge the world of what he believes to be immoral souls. Also starring Sylva Koscina (Lisa and the Devil, Hercules, Hornet’s Nest), this notorious Italian shocker also known as So Sweet, So Dead is now presented fully authorized and in HD for the first time!

A vacationing couple must discover the mystery behind a strange video that shows one of them killing the other.

A plague has taken over and fear runs rampant in the streets. When rumors of a vicious monster roaming Mount Inwangsan begin to spread, fear turns into panic. In order to quell the rising hysteria, the King brings his most trusted general out of retirement. Joined by his daughter, his right-hand man, and a royal court officer, the general sets out to find and defeat the mysterious creature.

Set against the backdrop of San Francisco, Beyond the Door stars Mills as Jessica Barrett, a young mother who starts to develop strange behaviors whilst pregnant with her third child. Before you can say split pea soup, Jessica is displaying signs of full-blown demonic possession complete with projectile vomiting and fully-rotating head! Could it be that she s carrying the child of the Antichrist himself?

The past comes back to haunt a married couple after the death of their young daughter.

A haunting, cryptic, ethereal mood piece that skillfully sustains an aura of dread and tension throughout. An unhappily married woman and her lover take a weekend retreat at a cabin in the woods to discuss their future. Soon, they find themselves besieged by forces outside the cabin, rushing past windows, making strange noises, appearing and then disappearing within the house; in the fog outside, they make themselves visible as a strange old man in trapper’s garb, a nude woman, and little children in cloaks. Only the sacrifice of one of them can save the other on a night when the portals of another dimension have opened to take their souls and punish them for their actions in life. Unconventional and enigmatic. In Spanish with English subtitles. A HorrorNews.net presentation.

A group of twenty somethings head to an island for a getaway, class reunion, and a night of partying. During the fateful evening, the past begins to haunt them and old grudges from their shared past come to surface. Soon, they start to fear there might also be something else on the island besides them and old scores are settled, everything is brought to the surface, and revenge is had. In Finnish with English subtitles.

By the year 2067, Earth has been ravaged by climate change and humanity is forced to live on artificial oxygen. A mysterious illness is slowly killing the worlds’ population and the only hope for a cure comes in the form of a message from the future: Send Ethan Whyte. Suddenly Ethan, an underground tunnel worker, is sent to the future where he must face imminent and unknown dangers as well as the possibility of never returning home. 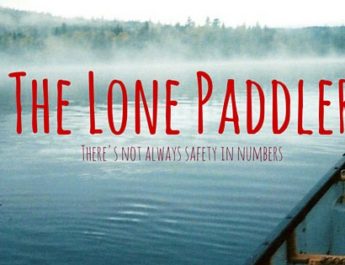 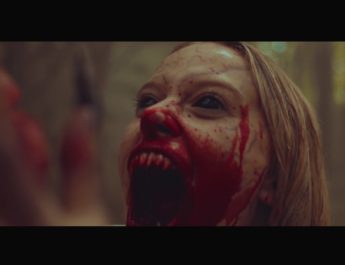