Here are some of the horror DVD/Blu-Ray releases for December 1st!

A half-vampire, half-mortal man becomes a protector of the mortal race, while slaying evil vampires.

Two couples on an oceanside getaway grow suspicious that the host of their seemingly perfect rental house may be spying on them. Before long, what should have been a celebratory weekend trip turns into something far more sinister, as well-kept secrets are exposed and the four old friends come to see each other in a whole new light.

Chelsea, a lonely teenage high school girl, falls prey to a button-down psychopath social media predator. The texting turns into phone calls. When Chelsea feels comfortable enough, Brad invites her to a Halloween warehouse party as a zombie cheerleader. She shows up and Brad is there, concealed in a zombie football quarterback costume. Brad drugs Chelsea and kidnaps her in the parking area outside. Chelsea wakes up chained in a basement with a dirt joor, where Brad, who systematically forces her to refer to herself as Sadie, holds her captive. After being conditioned to behave, she is allowed to stay in his fortiaed house with three other teenage girls. Chelsea soon discovers that Brad kills the girls he abducts while wearing a virtual reality camera helmet so that he can experience it again and again. Chelsea desperately attempts to convince the other girls to try to escape, but to have a aghting chance, she must push her morals and values beyond what she ever imagined.

A decade after Zombieland became a hit film and a cult classic, the lead cast (Woody Harrelson, Jesse Eisenberg, Abigail Breslin, and Emma Stone) have reunited for Zombieland: Double Tap. In the sequel where the comic mayhem stretches from the White House and through the heartland, these four slayers must face off against the many new kinds of zombies that have evolved since the first movie, as well as some new human survivors. But most of all, they have to face the growing pains of their own snarky, makeshift family.

Children liberated from a Nazi concentration camp have to overcome hunger, thirst and vicious dogs in an abandoned mansion surrounded by the forest.

High school cheerleader Molly woke bound and gagged in the trunk of her boyfriend’s car. That was the high point of her night. After escaping and fleeing into the nearby forest, she comes face-to-face with the town urban legend: The Hangman, a deformed zealot said to lynch male trespassers and keep the women as “brides”. Now, Molly, along with her best friend and would-be rescuer Noah must work together to avoid becoming his latest victims.

An English village turns into a hunting ground when an unholy bacterial experiment gone horribly wrong turns a local scientist into a deformed, rampaging nightmare! With the population being picked off one by one, it’s up to an intrepid police detective (David Warbeck, The Last Hunter, The Beyond, Tiger Joe) and a sexy scientist (Janet Agren, The Gates of Hell, Hands of Steel, Eaten Alive) to put a stop to this bloodthirsty madness before the government steps in and wipes out the entire town! Missing in action for decades since its reign as a popular ‘80s video rental, this slimy slice of Italian horror is now remastered in HD for the very first time!

The Belle Witches rescue Jessica, a fellow descendant of their bloodline, from the clutches of the evil Witch, Dominique. The Belles train Jessica, who holds within her a great power which Dominique desperately craves.

Bad boy’ actor Huckle Saxton lets fame get to his head and turns into a ferocious beast, ripping Hollywood to shreds. Will he sink his teeth into the role of a lifetime or succumb to the dangers of the Hollywood lifestyle?

The addict Hulda is arrested and accused of murdering her brother. After she is let go because of insufficient evidence, she meets Hjörtur, a thousand-year-old gay vampire. Together they fight a cult while being investigated by a rogue detective.

Still guilt-ridden over the accident that took his family’s lives, Eric Norris discovers that his body is host to a parasite from another world. Except it is more than a parasite: it carries his DNA. Is this his new son or–as the government believes–a threat to mankind? Starring Richard Hatch (”Battlestar Galactica”) and written by Walter Koenig (”Star Trek”). 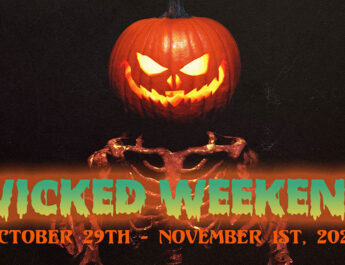