Imagine if your favourite late-night horror hostess was an ass-kicking, motorcycle riding, gun-toting protector of the night! Well, you don’t have to because she’s already here and her name is Ailsa Dark!

Ailsa Dark is a sexy late-night horror hostess who presents B-movie gems like ‘Plan 9 From Outer Space’. However, that’s just a cover for who she really is. Ailsa Dark protects the border between our world and the supernatural Otherworld; a fear-filled realm where myth is reality.

Scottish Indie comics creator William Hazle has had success in the UK with his anthology comic Tales of Mystery and Imagination, and his first Indiegogo campaign for Ailsa Dark: Werewolves & Bampots, which successfully funded and was fulfilled earlier this year. 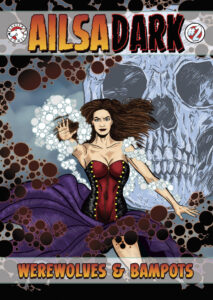 Ailsa Dark: Werewolves & Bampots is a three-issue series that tells the first story arc in the life of Ailsa Dark. The story introduces Ailsa, her friends and enemies, the world they inhabit and sets in motion the events that will lead to, what promises to be, an explosive and bloody finale!

The story revolves around a mysterious antagonist, Mr Goodwyn, who has instigated a werewolf gang war and employed Ghouls to cause havoc on the streets of Glasgow, Scotland. As William notes “The story begins like a mystery, all hard boiled and filled with narration that wouldn’t be out of place in a Micky Spillane pulp novel, but as it progresses it becomes something deeper and darker. Although there’s quite a bit of humour… All of it dark, of course”. 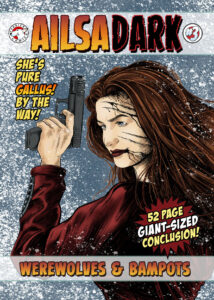 Ailsa Dark is inspired by old-school horror comics and movies, as William explains, “I say it has old-school blood running through its veins but that its DNA is thoroughly modern. And what I mean by that is, that it feels fresh but reverential to what has gone before. If you loved Vampirella, Creepy, House of Hammer or Werewolf by Night, then this is the comic for you”.

Ailsa Dark is aided in her adventures by Umair Nawaz, a cop who Ailsa rescued from a nest of vampires. As William explains “Umair tells the story through his experiences and he’s now resigned to a life of fighting creatures of the night, albeit reluctantly. He is also struggling with his grip on reality as he is either being haunted by the ghost of his dead lover or going mad”. 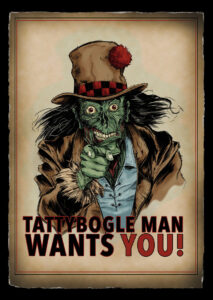 The campaign also includes an option to add on a retro 3D comic featuring the Tattybogle Man. A twisted creature who its creator describes as “Scotland’s answer to Freddy Kreuger”.

But what exactly are Bampots? “Bampots,” William explains, “are very daft people. Bampot is a Scottish word for foolish or daft. However, the Bampots in Ailsa Dark are also flesh-eating Ghouls and serve as the comic relief. As I said, the humour is very dark”. 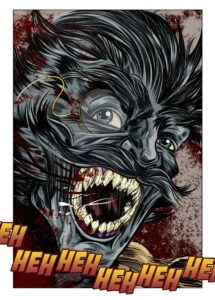 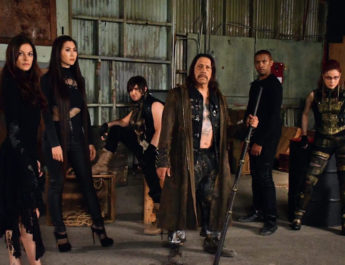