HorrorHound has entered the final week within the Crowdfunding efforts for our exciting new book project – Halftone Horrors: The History of Horror Movie Comic Books! The project is 90% funded and projected to exceed the necessary goal, but we would love to assure that happens with some much-needed final-week publicity – as we are reaching out to select press outlets requesting your assistance in getting the word out about this fun project as we head down the final stretch! Exclusive page previews or artwork is available for those interested in articles or social media shoutouts – please don’t hesitate to let us know what you may require. (Additional information for review sample copies of the completed book are located at the end of this email.)

This exhaustive tome to the history of cinematic adaptations will be HorrorHound Publishing’s first fully realized book release in the company’s 15-year history. In true HorrorHound fashion, the end-result will be the most immersive and comprehensive collector’s guide ever published on the subject. HorrorHound decided to take the project to Kickstarter in hopes of developing the necessary start-up funds to launch this elaborate full-color hardcover into reality. *Kickstarter named Halftone Horrors as a “Project We Love” 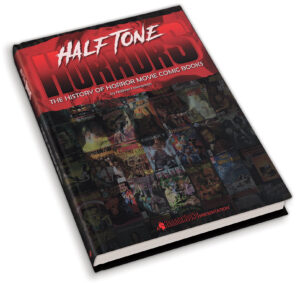 Halftone Horrors: The History of Horror Movie Comic Books will be a 240-page full-color hardbound book telling the history of officially licensed comic book adaptations of every hit, cult, and obscure horror movie to receive attention within the comic book industry. This will be a comprehensive collector’s guide to comic book adaptations, spin-offs, and printed sequels from the films and stars of horror cinema. Characters not only appeared in comic form, sometimes they would face off against each other in epic storylines that could never occur on screen. Leatherface vs. Jason! Ash vs. Re-Animator! Jason vs … Jaxon X!? There are some outstanding comics to be discovered. Halftone Horrors will also dig deep to uncover comics most horror fans may not have known to exist (Gremlins, The Island of Dr. Moreau, Killdozer, Invasion of the Body Snatchers, The Brain That Wouldn’t Die). Halftone Horrors will feature a full-color visual guide to the medium by presenting a history and guide for every issue published – including variants, one-shots, promotional comics, ashcans, and more. Both domestic and international comics will be covered. 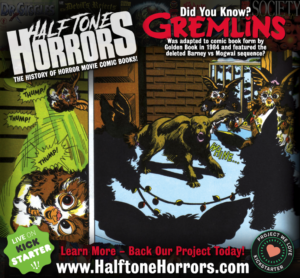 The official Kickstarter Campaign for Halftone Horrors is now LIVE and is set to run for one more week – ending at 2pm on December 16th! Retail for the book is set at $35 (plus shipping) and includes a wide assortment of add-on items to bolster campaign funds and provide HorrorHound, and horror comics fans, some fun incentives for helping fund this project.

Fans of both horror movies and comic books should also be urged to visit www.HalftoneHorrors.com. HorrorHound has designed many exciting pledge levels for the Kickstarter campaign to add various incentives for helping HorrorHound reach its minimum publishing goal of $25,000. Pledge levels grant backers the opportunity to purchase items such as stickers, pins, T-shirts, digital copies of the book – plus other add-ons like a subscription to HorrorHound Magazine or distribution partnership opportunities retailers (buying larger volumes of books at wholesale costs). What has really been a popular aspect of this Kickstarter, however, is a HUGE new product that HorrorHound fans have been begging for – the first official comic book release of HorrorHound Publishing! This long-demanded comic will star the HorrorHound mascot character that has adorned thousands of T-shirts (and even received his own action figure). The one-shot comic is written by Nathan Hanneman, with artwork by Marc Gras and cover by Jeff Rebner. Variant cover work is being handled by such names as Nathan Thomas Milliner, Jason Moore, and Nathan Hanneman (the author of Halftone Horrors). Fans have the opportunity to purchase limited-edition covers, sketch covers, and even a chance to be drawn into the comic itself.

About the Author:
Halftone Horrors is written and designed by Nathan Hanneman. Nathan currently serves as Editor-in-Chief for HorrorHound Magazine (2005-current). Nathan co-authored the 2003 book, Tomart’s Guide to HorrorMovie Collectibles, with HorrorHound Managing Editor Aaron Crowell. Nathan has also contributed to such books and magazines as Haunter’s Tale (2021), Hidden Horror: A Celebration of 101 Underrated and Overlooked Fright Flicks(2013), 1313 Magazine (2005), Lee’s Toy Review (2005), Garage Sale Gold (2000) – as well as Tomart Publications’ Disneyana Update and Action Figure Digest (1998-2005), where he also served as Editor-in-Chief for many years. 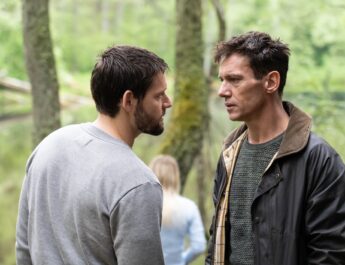 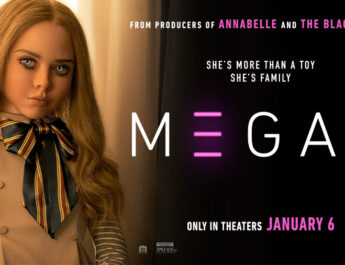