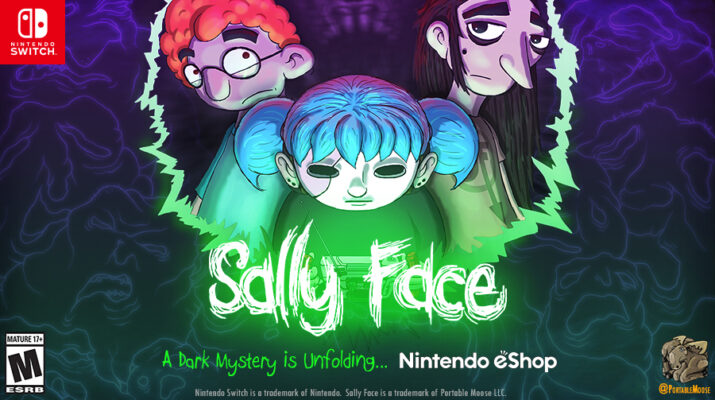 Grab your Gear Boy and Prosthetic Face, It’s Time to Commune with the Dead on Nintendo Switch

Steve Gabry, aka Portable Moose, has released Sally Face on the Nintendo eShop! Delve into an unsettling web of mysteries with a lovable group of outcasts.

“We are the endless echoes within oblivion.”

A story-driven adventure game with unique hand-drawn art that deals with dark themes such as death, murder and suicide. Sal “Sally Face” Fisher uses his handheld video game system to interact with the spirit world. After a string of mysterious murders, Sal and his friends discover something truly sinister casting shadows over their small town.

One thought on “Sally Face Now on Nintendo Switch!”