Here are some of the horror DVD/Blu-Ray releases for January 26th!

When New Orleans paramedics and longtime best friends Steve (Anthony Mackie) and Dennis (Jamie Dornan) are called to a series of bizarre, gruesome accidents, they chalk it up to the mysterious new party drug found at the scene. But after Dennis s oldest daughter suddenly disappears, Steve stumbles upon a terrifying truth about the supposed psychedelic that will challenge everything he knows about reality and the flow of time itself.

Trading the campy kid-friendly surrealism of the earlier films for a darker, more realistic tone and jaw-dropping innovative special effects, the Heisei trilogy are still regarded today as three of the best if not the very best kaiju films ever made.

Desperate for a friend, Oliver (Azhy Robertson), a lonely young boy who feels different from everyone else, seeks solace and refuge in his ever-present cell phone and tablet. When a mysterious creature uses Oliver’s devices against him to break into our world, Oliver’s parents (Gillian Jacobs and John Gallagher Jr.) must fight to save their son from the monster beyond the screen.

After laying dormant for fifteen years, Gamera was rebooted for the big screen in a smash hit trilogy masterminded by director Shusuke Kaneko (Necronomicon), writer Kazunori Ito (Ghost in the Shell) and visual effects director Shinji Higuchi (who went on to co-direct Shin Godzilla). Trading the campy, kid-friendly surrealism of the earlier films for a darker, more realistic tone and jaw-droppingly innovative special effects, the Heisei Trilogy are still regarded today as among the best and by some, the very best kaiju films ever made.

When a glitch in the computer system at an asylum for the criminally insane results in the release of the wrong patient – a giant-in-stature homicidal maniac named Howard Johns who has a penchant for killing college coeds – it’s up to one of the institute’s top doctors to track him down. Unfortunately, it’s not just Howard she has to worry about, as the administration of the asylum has decided to cover up the error to avoid bad press, going as far as to hire a duo of thugs to permanently ‘silence’ the good doctor. Soon enough, Howard finds his way back to the sorority house he once terrorized and sets out to murder the latest batch of nubile coeds who have taken up residence in the stately manor.

Eric Binford lives for, and if he could have it his way ‘in’, the movies. He works at a 35mm print depot as a delivery boy, but spends all of his free time watching classic films and collecting Hollywood memorabilia. Endlessly tormented by his colleagues, Eric drifts further and further into a dream world wherein he embodies the silver screen characters he so deeply worships. However, when the teasing pushes him too far, he snaps and literally goes into character, donning the outfits of his big screen idols and slowly but surely killing off his tormentors in outrageous recreations of his favorite film scenes…

The giallo remains one of the most popular sub-genres in Italian & Spanish film history. But for all of the well-known and classic films the genre has spawned, so many others have been nearly impossible to enjoy since their theatrical debuts. This first entry in our ‘Forgotten Gialli’ series presents three rarities, none of which have ever be

Unleashed from the dungeon of the American Genre Film Archive (AGFA), THE AGFA HORROR TRAILER SHOW is a senses-shattering compilation of the most spine-ripping, slime-slinging, soul-shredding horror trailers that you’ve never seen. Meticulously constructed by the mad scientists at AGFA to resemble an otherworldly night at the drive-in, this mixtape features rare trailers, commercials, and ephemera from the vaults — most of which has never been seen since its original release. And it’s all presented via a 2K scan from a newly struck 35mm theatrical film print of the show! Plus: The journey continues with THE AGFA HORROR TRAILER SHOW: VIDEORAGE, a full-length mixtape created exclusively for this release.

Feeling down on her luck and low on funds, Maya’s spirits are lifted when she discovers her family home still remains in the village she grew up in. She enlists the help of her best friend to go back to her hometown and claim her inheritance. But Maya is unaware that the people who live in the village have actually been trying to kill her to remove the curse that’s plagued them for years. In order to make it out alive, Maya must unravel the twisted truth of her past.

THE CURIOUS DR. HUMPP isn’t a movie — it’s a rite of passage. Easily one of the most brainbreaking sensory overloads in exploitation history, the story follows Dr. Humpp and his army of grotesque monsters as they kidnap couples and drain their “blood forces of sex” to keep the doctor eternally young. Directed by the prolific Emilio Vieyra in Argentina, this movie combines artful gothic horror with unhinged sex, comic book pulp, and a talking brain in a jar. Plus a monster who plays the guitar. Basically, this is what might have happened if Mario Bava collaborated with Doris Wishman after an acid binge. AGFA + Something Weird are thrilled to present a brand new restoration of this iconic sex-horror classic, complete with a new commentary track from filmmaker Frank Henenlotter (BASKET CASE). Plus LA VENGANZA DEL SEXO, Vieyra’s original “horror” cut of THE CURIOUS DR. HUMPP in its original Spanish language — available for the first time ever on home video with English subtitles!

Over the course of seven years, three short films about the brutal dissolution of the American family – CUTTING MOMENTS (1997), HOME (1998) and PROLOGUE (2003) – elicited both horrified gasps and standing ovations at film festivals around the world. When combined into a theatrical feature, this trilogy by writer/producer/director/editor Douglas Buck – whose directing credits would eventually include the SISTERS remake and ‘The Accident’ segment of THE THEATRE BIZARRE – was hailed as “nightmarish” (The New York Times), “like Todd Solondz on crack” (Digitally Obsessed) and “the most chilling portrait of the loss of humanity in the manicured lawns of Middle America ever made” (LA Weekly). Buck’s “unbearably intense and enormously moving” (Filmecho) stunner is now scanned in 2k from the original negative for the first time ever with all-new Special Features.

On a search for some harmless fun at the end of the school year, 17 year-old Derek boggman led his friends on a mischievous journey of caught-on-camera pranks. But on their quest to find even bigger thrills, something else found them first. The “Boston Mills 5” were never heard from again…until now. Witness the complete recording of the horrors surrounding June 9.

It’s Michael’s seventeenth birthday and his friends have decided to surprise him with the ultimate birthday bash: breaking into his house and playing with a Ouija board. But what they think is just a harmless bit of fun quickly turns into a supernatural terror when they unwittingly summon a demonic presence named Virgil, who proceeds to possess someone close to Michael, forcing them to savagely kill anyone and everyone Michael cares about. All the while, Michael begins to have terrifying dreams which he slowly begins to realize might be visions of the carnage that only he can stop. 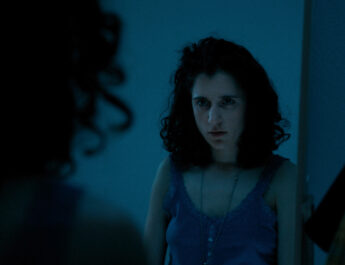 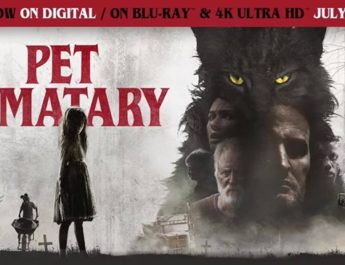