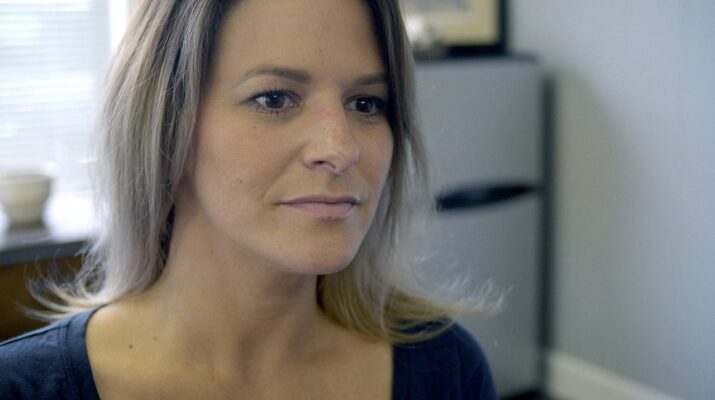 Dementer, the latest film from writer/director Chad Crawford Kinkle (Jug Face) and featuring Larry Fessenden, has been acquired by Dark Star Pictures for a March release.
The film follows Katie, a young woman who flees a backwoods cult and takes a job at a care center for special needs adults in her determination to do some good with her life. But despite her best intentions, Katie can’t escape the signs that “the devils” are coming for Stephanie, a woman with Down syndrome she cares for, who keeps getting sicker despite Katie’s rituals to ward off evil spirits.

Dementer will be available on digital platforms March 2, 2021 from Dark Star Pictures.

A year ago, my mother mentioned that she had a dream that I made a film with my sister Stephanie, who has Down Syndrome. I don’t think that I told her, but for a few years now I’ve had the idea of building a horror film around my sister.

Back in the late 90’s, I was in film school and even then the idea of making a film with my sister would enter my mind. But what would I do? A documentary? And why would I do it? To make people feel sorry for her? While my sister is “special,” the events in her life haven’t been such that would warrant a film, particularly a feature film.

After watching THE TRIBE, a film set in a school for deaf teens, I slowly changed my mind. What if I did make a film with my sister in the unique environment that she lives in and what if it was a horror film? What would that even look like? I didn’t know, but I felt the idea had something to it.

At first, it was more of a documentary style horror film with my sister as the main subject but that quickly turned into a story that would focus on another character that would come into my sister’s world. This made sense since I would be shooting the film on a tight fourteen day schedule. Because my sister is not a high functioning person with Downs, that is normally portrayed in movies and television, I needed another character for the audience to follow.

I knew that no matter what was in the script, the approach would be more like shooting an intimate documentary with only a few takes. I would be trying to capture as much as I would be trying to create. I needed a small cast and crew that I had one hundred percent trust in for practical and personal reasons. This led me to be the sole camera operator since I was familiar with the locations, which were in my hometown, and the other special needs adults.

After the film had been shot, I ended up being the editor as well. Not that someone else couldn’t do it, it was just that the footage and vision of the film was too specific and personal to properly explain. The resulting film is something that I’ve never seen before. While certainly a horror film, it needed another description like; experimental, abstract, dream-like, nightmarish or even art house.  What seemed best is that it is more of a dark poem, since much of the script was written on intuition and not traditional story logic.

In the end, my hope is that DEMENTER will be remembered as a unique horror film, created under equally unique circumstances. 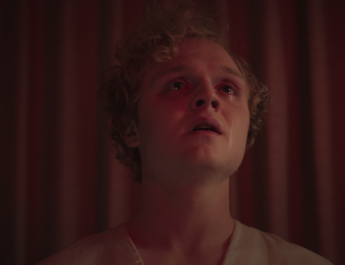 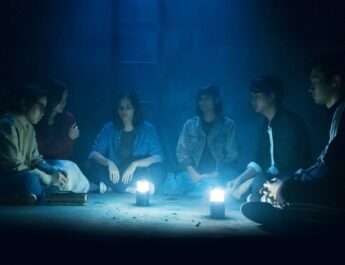 “May The Devil Take You Too” Comes to Shudder