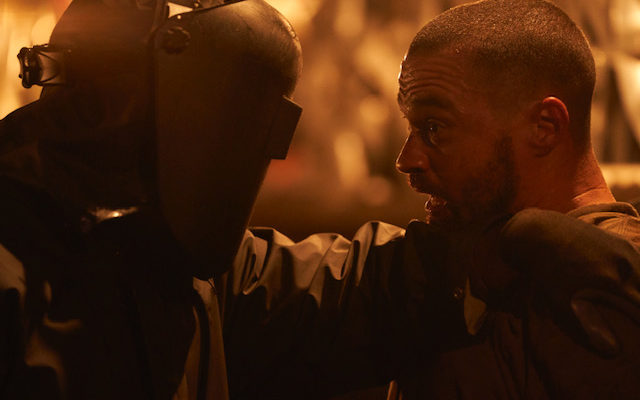 Here are some of the horror DVD/Blu-Ray releases for February 16th!

Comic book creator Todd Walkley, his wife, assistant and best friend, are heading to NYC Comic Con when bad things start to happen—people start getting killed. It soon becomes clear that a crazed fan is using his “SLASHERMAN” comic as inspiration for the killings. And as the bodies pile up, and Todd’s friends become victims themselves, he is forced to face the killer and put an end to his notorious comic once and for all.

A TV reporter (Barbara Bach, The Spy Who Loved Me, Force 10 from Navarone) and two friends head to Solvang, California, to cover a Danish festival. When a mix-up at the hotel leaves them stranded without hotel rooms, the girls accept the invitation of a friendly museum owner to board at his farmhouse. But what the women don’t know is that something is living in the basement of that farmhouse – something unspeakable. Their stay soon becomes a horrific nightmare when they encounter the “unseen”. Also starring Stephen Furst (Animal House, Midnight Madness), Sydney Lassick (Carrie, One Flew Over the Cuckoo’s Nest), Lelia Goldoni (Faces, Bloodbrothers), Douglas Barr (TV’s The Fall Guy, Deadly Blessing) and Karen Lamm (Trackdown). Herbert R. Steinmann (Dawn of The Dead) presents this original story by makeup legends Stan Winston (Pumpkinhead) & Thomas R. Burman. Co-written by Kim Henkel (The Texas Chainsaw Massacre) and directed by Danny Steinmann (Savage Streets), witness the horror with a brand new 2K scan of the original negatives!

Finally, nature unleashes its revenge! From the pollution of our nuclear waste came the killer we cannot destroy. Our worst nightmares come to life with the terrifying, scaly monster – SILTHIS! First this nuclear mutant killed household pets near the canals of Venice, California. Now it preys on old couples and a homeless rotund man sleeping in the public men’s room! In the tradition of JAWS, two outcasts, a teacher and a Jamaican sea-hunter, will take on the horrific monster to stop the slaughter! This mud monster creature is something out of those 50’s classics we love!

A family of sadistic butchers has dug into the back country and, from the deep freeze of winter to the dog days of summer, anyone who crosses their path is dead meat.

Max Fist (Joe Manganiello) is a local drunk who claims to be a superhero from the planet Chromium. He tells anyone who will listen that he was pulled into a wormhole, falling through time and space, and dropped to earth without any of his powers. No one pays any attention to Max except a teenager named Hamster (Skylan Brooks) who can’t get enough of Max’s stories. When Hamster and his sister (Zolee Griggs) get in trouble with a vicious drug syndicate led by The Manager (Glenn Howerton), Max takes to the streets as a brutal vigilante hellbent on proving himself as the hero no one believes him to be.

After a bunch of thieves are sent out to hunt urban legends, they steal the gold of a leprechaun, only to find there is a steep price to pay.

Three nuns live in an old convent which has been converted into a guesthouse; young Bruno is staying with them acting as a caretaker. He does his best, but the convent is so large that it requires the assistance of a housekeeper and they soon hire Helena, a beautiful woman who Bruno falls in love with despite the consequences. The nuns begin to treat Helena strangely, not accepting her presence in their home and her effect on Bruno. Soon. a university professor, Goffredi, decides to investigate the strange origin of the convent and comes to spend the night at the with his two sons. From horror to mystery, NUNS casts its spell in a gorgeous cinematographic style reminiscent of the Italian horror classics of Dario Argento and Mario Bava, while embracing brave new ideas of terror. In Italian with English subtitles.

Four friends take a cottage vacation in the dead of winter, seeking refuge from their busy urban lives, if only for one weekend. However, the few residents who remain in the secluded cottage town of Rideau Ferry don’t seem to take kindly to strangers…From the moment they reach their destination, the visitors, a group of twenty-something artist types, are confronted by the ominous gaze of neighbouring cottagers, all of whom have no choice but to tough out the cold winter in this small, rural town. Over the course of their stay, the friends begin to uncover dark details about the inhabitants of the houses around them. After one of the friends is found mutilated on the front porch of a nearby cottage, the city dwellers quickly discover that nothing is what it seems.

In the aftermath of a traumatic event, a suburban husband and father buys a cutting edge home security system, only to find that it slowly destroys that which he most wants to protect.

It is the day of the EU Referendum and Britain is about to change forever. When Maddie returns home from university with two friends in tow, she expects to clash with her family’s views but had no idea just how bad things would get. Her dad makes bad jokes, her mum makes a fuss, and her hometown seems to be populated by raging, murderous, pig monsters. From the producers of “The Millennial Killer” and “Lonely Hearts” comes a twilight-zone style sledgehammer horror which throws a dark light on the battle between Brexiters and Bremainers.

In this terrifying horror anthology, an anachronistic public access TV channel hosts a self-help guru with one goal: to shock viewers out of their addictions and bizarre obsessions, with frightening consequences. 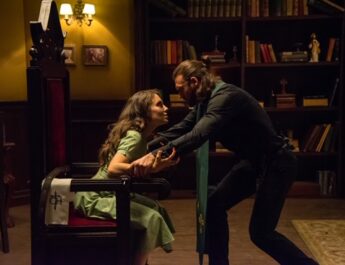 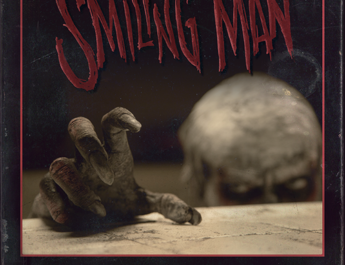