On an All-New Episode of THE HOLZER FILES, the Team Boards the Notorious

Alaska is a hotbed for UFO sightings, abductions and extraterrestrial encounters. Why are these otherworldly visitors drawn to America’s last frontier? Shocking new evidence and personal testimony from local witnesses shed light on the alien activity. [Hour-long episodes]

An extraterrestrial stalker leaves a family frozen in fear outside of Juneau. A maritime monster nearly capsizes an aircraft on Alaska’s famed Lake Iliamna. A hunter thwarts an attempted abduction by a fireball-spitting UFO.

“They Walk Among Us” – Begins Streaming Monday, March 8

Steve DiSchiavi and Amy Allan investigate the historic Silent Movie Theatre in Los Angeles. Phantom footsteps, disembodied voices and physical assaults have the staff on edge, and the manager fears the worst is yet to come if he can’t get the sinister activity under control.

Steve DiSchiavi and Amy Allan investigate a Lancaster, California, museum that’s under attack by an evil presence. The manager fears if they don’t put an end to the supernatural siege, the dead will assume full control and force the museum to close its doors for good.

In a frighteningly friendly competition to freak each other out with the creepiest, craziest paranormal evidence ever caught on camera, Jack Osbourne and the Ghost Brothers – Dalen Spratt, Marcus Harvey and Juwan Mass – each reveal the most mind-blowing supernatural footage they can find. They’ll speak to the terrified eyewitnesses who captured it, get insight from psychic mediums, ufologists, cryptozoologists and other renowned experts, before deciding on each episode’s “nightmare clip” – the one that haunts your dreams and keeps you up at night! [Hour-long episodes]

Jack Osbourne, Dalen Spratt, Marcus Harvey and Juwan Mass try to scare the hell out of each other with paranormal evidence of uninvited spectral houseguests, a fleet of UFOs, a mind-blowing mirror mishap and an imaginary friend who isn’t so imaginary.

Jack Osbourne and the Ghost Brothers strive to astonish each other with creepy paranormal evidence of a poltergeist picking on a pair of pugs, a glowing donut-shaped UFO and hilariously disturbing footage of ghosts getting freaky in an old brothel.

This all-new eight-episode series reveals exactly how the world will end, and what will be behind it, as predicted by history’s greatest prophet, Nostradamus. Combining the infamous seer’s ancient words with paintings from a mysterious lost book bearing his name, the series decodes new prophecies and causes of the world’s demise. Nostradamus saw the impending apocalypse 500 years ago, and now it’s up to experts to reveal the terrifying truth his visions can prepare us for. These groundbreaking interpretations uncover the destruction soon to be inflicted upon us by earthquakes, floods, fire, nuclear war, disease, asteroid strikes and more. Are you prepared? [Hour-long episodes]

Nostradamus prophesied nuclear terror attacks would destroy humankind and decimate the planet. Scholars analyze his horrific predictions to find out when we will face our radioactive apocalypse.

Nostradamus predicted gigantic asteroids would smash into land and sea, obliterating everything and everyone on Earth. Scholars decode his prophecies to determine when our world will be shattered from above.

A woman is attacked by ghosts at a notoriously haunted Nevada hotel. A Swedish lake monster interrupts a man’s morning cup of coffee. Large triangular UFOs loom over Bolivia and New York.

A colorful anomaly in the sky dazzles onlookers in Connecticut. A parade of orbs floats through an abandoned Texas jail. An alienesque monolith pops up in the remote Utah wilderness. All this and much more paranormal footage you have to see to believe!

After a groundbreaking freshman run, THE HOLZER FILES returns with all-new investigations, from a woman’s terrifying dreams that seem to bleed over into reality in her family’s coastal home to the origin of the hauntings that lie in a strange rock formation. Led by investigator Dave Schrader, psychic medium Cindy Kaza and equipment technician Shane Pittman, THE HOLZER FILES investigates terrifying true hauntings from the recently discovered case files of America’s first ghost hunter, Dr. Hans Holzer. Recognized as the “father of the paranormal,” Holzer’s legendary four-decade exploration into disturbing hauntings like the Amityville Horror house helped spawn legions of supernatural enthusiasts, more than 120 books and even inspired Dan Aykroyd and Harold Ramis to write “Ghostbusters.” Now, with the help of Holzer’s daughter, Alexandra Holzer, Travel Channel exclusively reopens Holzer’s most captivating case files – digging into thousands of documents, letters, photographs and chilling audio and visual recordings dating back to the 1950s. [Hour-long episodes]

In 1968, Hans Holzer fled an unassuming farmhouse out of fear of possession at the hands of a powerful entity. Reports of the current owner’s paranormal encounters sends the team to Waterford, Maine, to confront the dark presence haunting the historic home.

The team embark on an investigation unlike any other aboard the completely empty and notoriously haunted Queen Mary in Long Beach, California. They discover an unsettling presence Hans Holzer confronted in 1976 has risen to the surface, and it just may pull them under.

Amy Bruni, Adam Berry and Chip Coffey face a residential crisis as they investigate a sudden haunting in Massachusetts. The case takes a bizarre turn when it appears a family member’s actions control the aggressive entity.

Strange unmarked helicopters fly overhead as Russell Acord, Ronny LeBlanc and Mireya Mayor try to make sense of abnormal thermal images they captured near a river. Bryce Johnson reaches out to former federal agent Ben Hansen to get to the bottom of the suspicious activity.

Russell Acord tracks an unknown creature to a mysterious lake hidden in the mountains. The team enlists a thermal drone to scout the potential Bigfoot hideout but soon realize they are the ones being watched.

The surviving members of the AIMS team meet up for the first time after Trapper’s passing to discuss the team’s future and embark on brand-new adventures Trapper had set up for them before he passed. Equipped with his personal journal filled with everything he ever learned about the woods, the team travel to the mountains of the Tygart Valley on a mission to prove that there are still wolves in West Virginia. A bounty was put on them, and the last wolf was said to have been killed in 1900. As the team investigates, they soon believe that not only are there wolves in the Tygart Valley, but something much more mysterious and deadly. Throughout the season, the team learn from locals of massive K9 cryptids with glowing red eyes that inhabit the land and are known by locals as Smoke Wolves. As they dig deeper, they realize that Trapper, in fact, knew about these creatures back in the 1970s. [Hour-long episodes]

MOUNTAIN MONSTERS: BY THE FIRE

The AIMS team gather around a rip-roaring campfire to watch fan-favorite episodes of MOUNTAIN MONSTERS. They add colorful commentary, swap hilarious behind-the-scenes stories and share never-before-seen footage and bloopers, all while making fun of each other as only this group of bearded brothers can. [Hour-long episodes]

The AIMS team gather around a campfire to look back at their wild pursuit of a freakishly fast canine in Kentucky. The guys revisit an iconic piece of video evidence and give a rare look at Wild Bill’s unforgettable exercise regimen.

The AIMS team gather around a campfire to revisit their hunt for a red-eyed menace in the hills of West Virginia. They recall their deadly showdown with the 1,500-pound beast and get a visit from Elvis. 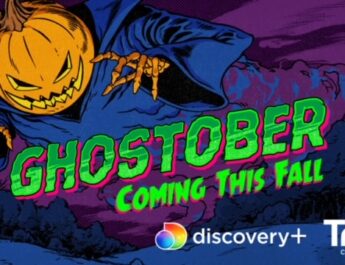 SHOT IN THE DARK – Coming this October