FROM THE PRODUCERS OF THE CULT-HIT TURBO KID!

A possessed pair of jeans is brought to life to punish the unscrupulous practices of a trendy clothing company. Shipped to the company’s flagship store, Slaxx proceeds to wreak carnage on staff locked in overnight to set up the new collection.

SLAXX is an EMAFilms and Horror Collective production.

SLAXX will stream exclusively to Shudder on March 18th in the US, UK, Ireland, Australia, and New Zealand, as well as via the Shudder offering within the AMC+ bundle where available.

From ‘Paranoid’ to Paranormal – It’s An Osbourne Family Ghost Hunt 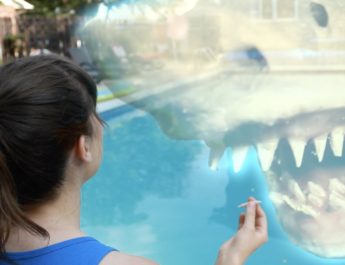