Heading out of EFM (European Film Market), Black Fawn Distribution has acquired Canadian rights for the viral zombie thriller Hall. Black Fawn Distribution will be bringing the psychological thriller home this spring with the film slated to hit all major Canadian VOD platforms on Tuesday, April 6, 2021. A physical release of the film is expected to follow later this year.

Starring Carolina Bartczak (X-Men: Apocalypse, Roland Emmerich’s upcoming Moonfall), Hall follows Val (Bartczak), a young mother separated from her daughter (Bailey Thain), who must navigate a hotel hallway ravaged by a mysterious virus. Forced to crawl her way past other helpless victims, Val crosses paths with Naomi (Yumiko Shaku) – a pregnant tourist thrust into the fight of her life. While keeping out of sight, Val and Naomi must escape the stretch of isolated carnage, before they become infected themselves. The film also features Mark Gibson (Vicious Fun, Exit Humanity) and Julian Richings (Anything for Jackson, Man of Steel). Hall marks the feature film debut of director Francesco Giannini and is the first feature to be completed under his production banner, Franky Films. Giannini also recently took home Best Director honours for Hall at last year’s Blood in the Snow Film Festival in Toronto, Canada.

The production history behind Hall is a fascinating one. The film was written in 2018, filmed in 2019, and then had its release delayed in 2020 due to the global pandemic. The film was shot on location in Montreal, Quebec, Canada at the start of 2019 – well before the Covid- 19 pandemic took a hold of the planet. Post production was completed just before the film’s world premiere at UK’s Arrow Video FrightFest in the fall of 2020.

“The story of Hall was always somewhat anchored by my fear that a contagion could potentially be fabricated for nefarious purposes,” states director Francesco Giannini. “But, I never thought this fictional story would share so many similarities with the reality we face today.”

Although Hall utilizes a pandemic scenario as its backdrop, the film also touches on the themes of domestic violence and mental health. “Hall isn’t so much a ‘pandemic film’ as it is a very honest and personal story,” explains Giannini. “There were some very real societal issues that had been sitting with me well before 2020 – one of those being how impactful our actions can be to those around us, especially when kids are part of your life. No one deserves to be subjected to domestic violence, be it physical or verbal, and getting out of such an undesirable situation is extremely challenging. It takes an immense amount of mental strength to get out of such a toxic relationship.”

“When I found out that Hall was filmed pre-pandemic, I was blown away,” states Black Fawn Distribution’s Sales Manager CF Benner. “The horror genre has a storied history of incorporating relevant social commentary in unique and terrifying ways. Hall is no exception and Francesco has done an exceptional job of balancing our fear of what’s on the other side of the door and the human terrors that can live in the same room as us. Knowing that the film was originally crafted as a cautionary tale instead of a reactionary project makes for a truly uncanny viewing experience. It was important to us that Hall became part of the Black Fawn Distribution film family.”

“It was actually a complete coincidence that Hall was almost finished just before this unfortunate crisis struck,” concurs Giannini. “When the time was right, we decided to approach the team at Black Fawn Distribution to see if they’d like to work on getting the film out to the masses. Canada is our home and I’ve been a huge fan of Black Fawn Distribution and their work with helping to bring independent horror to a wider audience nationwide. There couldn’t be a better fit for our film.”

When a debilitating sickness spreads along a hotel hallway, a few scattered victims fight for survival as they try to escape the narrow stretch of isolated carnage.

When a hotel hallway is ravaged by a mysterious virus, pregnant tourist Naomi is tragically thrust into the fight of her life. Forced to crawl her way past other helpless victims, Naomi crosses paths with Val – a young mother separated from her daughter. While keeping out of sight, Naomi and Val must navigate their way down the stretch of isolated carnage, before they become infected themselves.

Black Fawn Distribution continues to be responsible for the release of quality horror films across Canada including I’ll Take Your Dead, Harpoon, The Ranger, The Heretics, Bite, In the House of Flies and Horsehead. The company’s promotional team is driven by a passion to release physical product for the enjoyment of both horror fans and film collectors while also focussing on alternative platforms for digital delivery. Black Fawn Distribution: For Filmmakers. By Filmmakers. 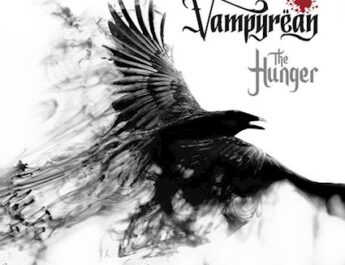 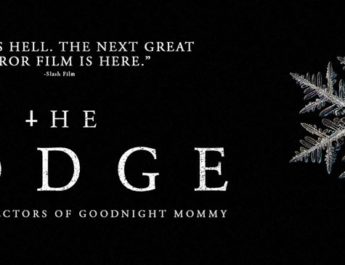 Trailer of Terror: “The Lodge”