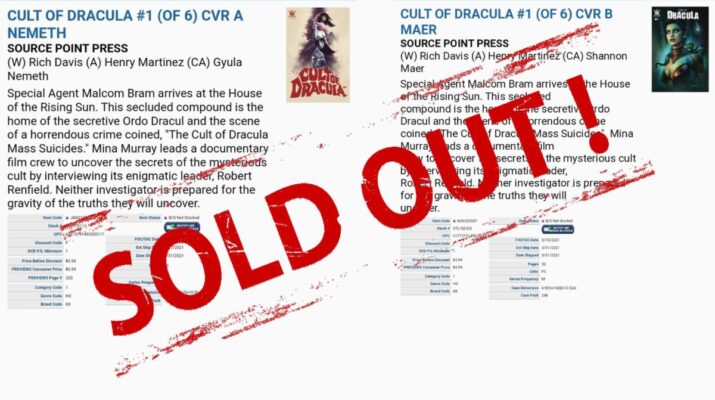 Cult of Dracula #1 Sold Out at Diamond!

In response to the overwhelming support from retailers and fans, Source Point Press will consider a Cult of Dracula #1 SECOND PRINTING with all new cover art.

On the surface, Cult of Dracula is a modern re-imagining of Bram Stoker’s genre-defining tale set within a Manson Family inspired cult. Through the eyes of Special Agent Malcolm Bram, an original character created for the series, readers get to explore the frightening reach of the Ordo Dracul, an old order of believers sworn to serve an ancient blood goddess. As Bram delves deeper, he’s introduced to long forgotten knowledge that will reshape vampire mythology forever! Cult of Dracula is a vampire story, it’s a cult story and it’s an occult story. It’s also a very human story that takes a unique look at the stories we’ve told one another since we first began to gather around campfires at night.

“It was important to me to try something different with the vampire mythos in Cult of Dracula”, said series creator Rich Davis. “Cult of Dracula takes a deep dive into vampire myths from around the world. There is just something primal about these legends. They exist in every culture from every time and every place. I wanted to both celebrate and examine Dracula from that perspective.”

Source Point Press President Jacob Way added that the publisher is thrilled with the success of Cult of Dracula. Way attributes much of that success to the hard work creator Rich Davis put into building demand through a grass-roots network of fans and retail partners. “Rich has an unmatched work ethic. He never stops. He’s gone through things in the last six months that would crush many people, but he just keeps producing. He’s always building relationships with readers and retailers.”

Davis’s wife Amber passed away suddenly in December following complications with organ transplant surgery. “Losing my wife nearly destroyed me. It may destroy me yet. Who knows? Amber was my biggest fan and my harshest critic. I could not have come anywhere close to doing this without her. I almost gave up writing Cult of Dracula. But that would have been disrespectful to her. She believed in this book. She believed in me. Her love gives me what I need to finish this story. My love for her gives me the drive to make it as successful as it can be.”

Cult of Dracula #2 is set to release to comic shops nationwide on April 28, 2021. The entire series will feature A & B covers by Gyula Nemeth and Shannon Maer. Initial orders for Cult of Dracula #2 have been strong. The issue is also tracking for a sellout.

Cult of Dracula #3 & #4 are currently available for order through Diamond Comics Previews. 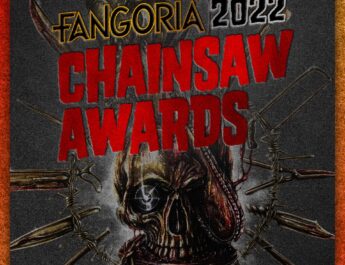