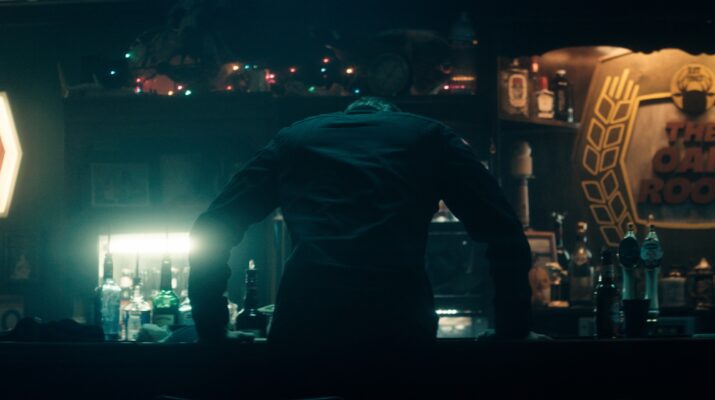 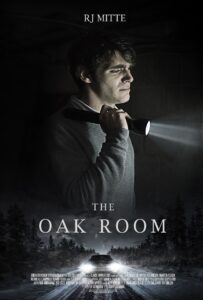 In addition to Black Fawn Distribution’s acquisition, Lightbulb Film Distribution will oversee the film’s release in the United Kingdom, Ireland, Australia and New Zealand at the end of April while Gravitas Ventures recently released the film in the United States.

“It was an amazing experience working with Cody and the Black Fawn team to tell the unique and surreal story in The Oak Room,” states RJ Mitte. “From the cast to the crew in Canada, where we filmed this, it was such a great group to work with. I’m so excited for this project to come out.”

Blending the rural isolation of “No Country for Old Men” with the small-town, gothic claustrophobia of “Frailty,” The Oak Room enthralled audiences at its world premiere at Fantasia International Film Festival where it took home the award for Best Canadian Feature. The film went on to have its US premiere at Telluride Horror Show while also picking up the Audience Award at UK’s Grimmfest and the Best Feature Film Award at South African Horrorfest.

“The Oak Room is a completely engrossing film experience,” states Black Fawn Distribution’s Sales Manager CF Benner. “You’ll hear the wind, you’ll feel the cold, and you’ll sense the walls closing in around you. The Oak Room is an intriguing jigsaw puzzle of a film that’s rooted in classic storytelling and gothic tension. There’s a lot more going on beneath the surface of this film and I guarantee you’ll be thinking about it long after the screen fades to black.”

The Oak Room marks an ambitious departure for director Cody Calahan as the character-driven film was adapted from the award winning stage play of the same name. Original writer Peter Genoway returned to the project as screenwriter to complete the adaptation.

During a raging snowstorm, a drifter returns home to the blue-collar bar located in the remote town where he was born. When he offers to settle an old debt with a grizzled bartender by telling him a story, the night’s events quickly spin into a dark tale of mistaken identities, double crosses and shocking violence.

Chad Archibald, Cody Calahan, and Ari Millen produced the film, with cinematography by Jeff Maher who also co-produced the project. Christopher Giroux acted as associate producer on the film while Ira Levy, Nat Abraham, Michael McGuigan, and Mark Myers are executive producers. The Oak Room was made with the support of partnerships with William F. Whites, Panavision Canada, and Redlab.

Black Fawn Distribution continues to be responsible for the release of quality horror films across Canada including I’ll Take Your Dead, Hall, Harpoon, The Ranger, The Heretics, Bite, and In the House of Flies. The company’s promotional team is driven by a passion to release physical product for the enjoyment of both horror fans and film collectors while also focussing on alternative platforms for digital delivery. Black Fawn Distribution: For Filmmakers. By Filmmakers.

Breakthrough Entertainment Inc. is an award-winning producer and distributor of premium content for worldwide audiences. The entertainment studio’s operations include the development and distribution of feature films, television and digital content; international co- productions and production services. Breakthrough’s digital media division ranks amongst the industry’s most respected producers of high quality interactive entertainment on mobile and online platforms. Established over 30 years ago, Breakthrough’s library now boasts over 50 feature films and 4000 television episodes which air on major networks and digital channels across the globe. The studio has been recognized with international awards including numerous Geminis, Canadian Screen Awards, and Canadian Comedy Awards. 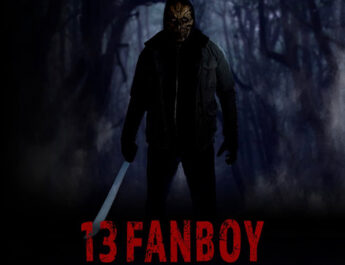