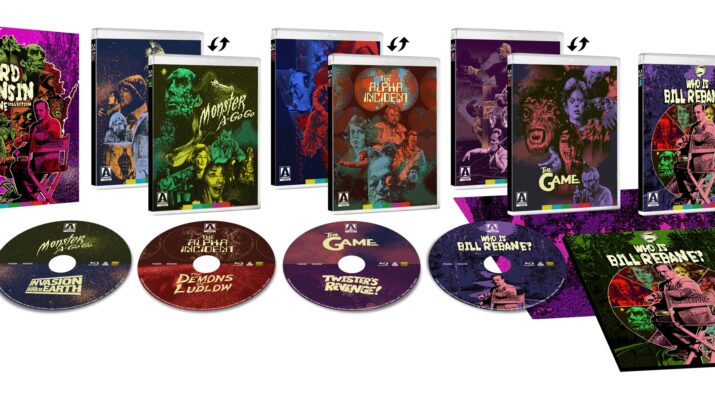 On May 4, Arrow will release Adam Stovall’s A Ghost Waits. This low-budget DIY effort tells the story of a handyman, a haunted house, and the ghost he falls in love with. Beautifully shot in gorgeous black-and-white, A Ghost Waits made waves on the festival circuit, earning rave reviews. Famed critic Kim Newman declared A Ghost Waits to be “one of the strongest first features of recent years,” and placed it amongst the “classic supernatural romances.” A Ghost Waits comes loaded with special features, including three audio commentary tracks.

Japanese comedy Giants and Toys heads to Blu-ray on May 11. From famed Daiei studios and director Yasuzô Masumura, Giants and Toys is a sharp satire about a commercial competition between three caramel companies. Released in 1958, Giants and Toys is a commentary on the media’s creation of insta-celebrities, proving it to be decades ahead of its time. Relatively unknown to Western audiences, Giants and Toys received praise from The AV Club for its “restless camerawork and eye-catching pop artistry.”

Arrow will round the month out with a bang on May 25 with three releases. The Spaghetti Western classic, Django, makes its 4K UHD Blu-ray debut, and it comes with a full coffin of extras. Sergio Corbucci’s landmark film made an icon of Franco Nero as the Union uniformed drifter dragging a coffin around the desert. More than fifty years later it continues to make the rounds as an important and beloved film. In addition to making its 4K debut, Django comes loaded with extras, including the Nero-starring, Texas, Adios.

Terry Gilliam’s sci-fi thriller, 12 Monkeys, receives a special Steelbook release on May 25. Set in a future world that is ravaged by disease and death, Bruce Willis stars as a convict sent back in time to find the original virus and help develop a cure. The film was universally praised – currently boasting a score of 89% Rotten Tomatoes – and Brad Pitt earned an Oscar nod for his turn as Jeffrey Goines, a mental patient with environmentalist and anti-corporatist views. The limited-edition Steelbook features newly commissioned artwork by Matt Griffin.

Last, but certainly not least, is the May 25 release of Weird Wisconsin: The Bill Rebane Collection. This 4-disc set brings together 6 films – Monster A-Go-Go, Invasion from Inner Earth, The Alpha Incident, The Demons of Ludlow, The Game, Twister’s Revenge – from low-budget horror maestro, Bill Rebane. The director honed his filmmaking chops at his “famed” Shooting Ranch in Gleason, Wisconsin. The location served as both a cattle ranch and home for his family, as well as Rebane’s studio, producing hundreds of commercials and feature films over the years. This new box set features brand new restorations for all six films as well as the inclusion of the documentary Who Is Bill Rebane?, making it a must-own for low-budget genre fans. 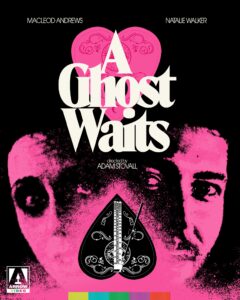 Not Everyone Hates Ghosts…

Tasked with renovating a rental home, Jack quickly finds out why the tenants keep leaving: this house is haunted. The ghost in question is Muriel, herself employed from the beyond to keep the home vacant. Against the odds, Jack and Muriel find they have a lot in common. Having found a kindred spirit, they must fight for their affection as pressure mounts for them to fulfil their “cross-purposes”. 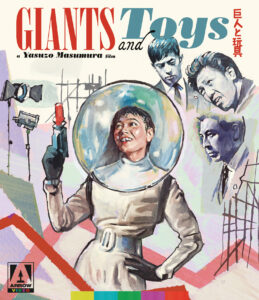 Giants and Toys is a sharp and snappy corporate satire that revolves around the ruthless machinations of a group of admen working in the confectionary industry. Its absurdist and acidly cynical take on the excesses of the media and advertising worlds presents a garish vision of a bold new postwar Japan where traditional company values come head-to-head with American-style consumer capitalism. 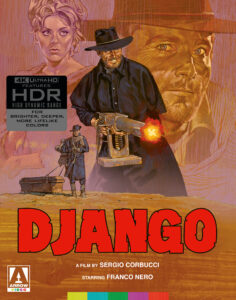 In this definitive spaghetti western, Franco Nero gives a career-defining performance as Django, a mysterious loner who arrives at a mud-drenched ghost town on the Mexico-US border, ominously dragging a coffin behind him. After saving imperilled prostitute Maria (Loredana Nusciak), Django becomes embroiled in a brutal feud between a racist gang and a band of Mexican revolutionaries… 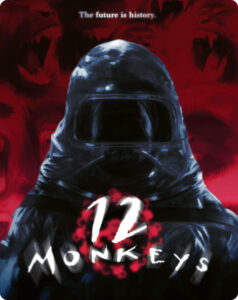 The Future Is History

In 1996, a deadly virus is unleashed by a group calling themselves the Army of the Twelve Monkeys, destroying much of the world’s population and forcing survivors underground. In 2035, prisoner James Cole (Bruce Willis, Die Hard) is chosen to go back in time and help scientists in their search for a cure.

The essential Bill Rebane movie collection, one of America’s most tenacious outsider auteurs!