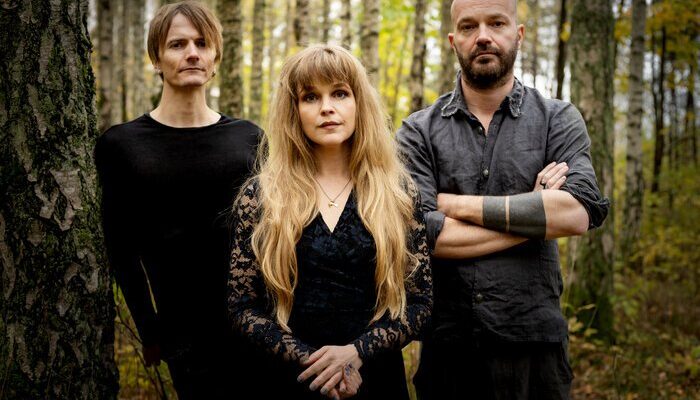 “Rideboll og Gullborg” is Gåte’s second single from their upcoming EP “Til Nord” and is a deep dive into the versed tradition of Norwegian folk songs.

You can listen to it here: https://orcd.co/RidebollogGullborg

The single is a modern take on a medieval ballade which has been song in Norway for centuries.

In the ballade of Rideboll and Gullborg the King is informed that his daughter has escaped with a suitor named Rideboll, and the King gathers his men to pursue them. As they catch up with Rideboll a battle commence in which Rideboll kills both the King, the man Gullborg was promised to, and seven of the King’s sons.

At the end of the battle Gullborg calls Rideboll’s name, causing Rideboll to suffer a fatal hit. Severely wounded, Rideboll travel home with Gullborg and they both die shortly afterwards. Rideboll by his injuries and Gullborg by sorrow.

The implication that Rideboll dies because Gullborg shouts his name, is fundamental to the narrative and categorizes the ballad as one of the supernatural folk songs conveying the old Norse belief that names bear great meaning and mythical powers.

The upcoming EP Til Nord feature a cleaner and more traditional sound from Gåte.

The band, who had a national breakthrough in the early 2000 with their captivating performances and groundbreaking mix of traditional folk and modern rock, has chosen to go back to their roots and dive into the vast traditional music history Norway has to offer. The result is painstakingly beautiful.

With an immense respect for folk music and unparalleled talent Gåte manages to interpret and convey traditional folk songs to a whole new generation of listeners. Proving yet again that great music and great art endures.