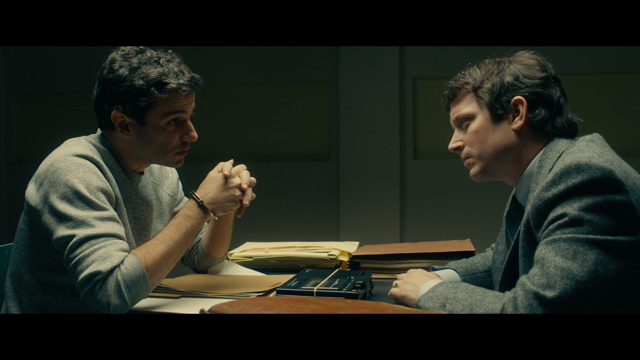 RLJE Films, a business unit of AMC Networks, has acquired the North American rights to the dramatic thriller, NO MAN OF GOD. Based on real transcripts and conversations between serial killer Ted Bundy and FBI Agent Bill Hagmaier, RLJE Films nabs NO MAN OF GOD ahead of its world premiere at this year’s TriBeCa Film Festival.  The film will be released in theaters in August 2021.

“NO MAN OF GOD explores FBI agent Bill Hagmaier’s actual interrogation of Ted Bundy,” said Mark Ward, Chief Acquisitions Officer at RLJE Films. “A story that has never been told, NO MAN OF GOD brings a new and revealing perspective to the Ted Bundy story.”

Directed by Amber Sealey (No Light and No Land Anywhere), NO MAN OF GOD stars Elijah Wood (The Lord of the Rings Trilogy), Luke Kirby (“The Marvelous Mrs. Maisel”), Aleksa Palladino (The Irishman) and Robert Patrick (Terminator 2) and was written by Kit Lesser.

“NO MAN OF GOD explores a familiar subject through a different lens. Through the brilliant direction of Amber Sealey, the film poses challenging questions about the dangers of our obsession with serial killers like Bundy,” Company X/SpectreVision CEO Lisa Whalen said.  “RLJE Films immediately recognized what was special about this film. We’re thrilled to be working with them again.”

In 1980, Ted Bundy was sentenced to death by electrocution. In the years that followed, he agreed to disclose the details of his crimes, but only to one man.  NO MAN OF GOD is based on the true story of the strange and complicated relationship that developed between FBI agent Bill Hagmaier (Wood) and an incarcerated Ted Bundy (Kirby) in the years leading to Bundy’s execution.

The film was produced by Wood, Daniel Noah, Lisa Whalen and Kim Sherman.  Ward and Jess De Leo of RLJE Films negotiated the deal with Whalen and Stacy Jorgensen on behalf of Company X / SpectreVision and the filmmakers.

Company X is the sister banner of SpectreVision, the indie genre label run by partners Elijah Wood, Lisa Whalen and Daniel Noah, with films like Mandy, A Girl Walks Home Alone at Night, and Cooties. Company X / SpectreVision has a first look deal with Legendary Television Studios. In the interactive space, they partnered with Ubisoft for the VR game Transference and their inaugural podcast, Visitations, featured guests like Taika Waititi and Guillermo del Toro. In 2018 they launched their marketing arm, Company X Marketing. 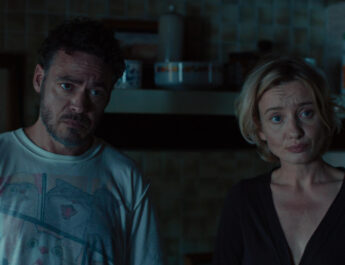