IFC Films announced today that they are acquiring North American rights to the psychological coming-of-age thriller John and the Hole, directed by visual artist Pascual Sisto – one of Variety’s ‘10 Directors to Watch’ in 2021 – in his feature debut. IFC Films plans to release the film August 6th, 2021.

John and the Hole is adapted by screenwriter Nicolás Giacobone from his short story “El pozo”. Giacobone earned Academy Award & Golden Globe wins for Birdman, an Academy Award nomination for Best Foreign Film for co-writing Biutiful and has an upcoming film Limbo in production with Alejandro Iñárritu that he also co-wrote. The sound design team includes Nicolas Becker, Jaime Baksht, Michelle Couttolenc, and Carlos Cortés who recently took home the Academy-Award® for sound on behalf of Sound of Metal.

In this enigmatic and unsettling meditation on adolescent angst, 13-year-old John (Charlie Shotwell) discovers an unfinished bunker while exploring the neighboring woods—a deep hole in the ground. Seemingly without provocation, he drugs his affluent parents (Michael C. Hall and Jennifer Ehle) and older sister (Taissa Farmiga), holding them captive within the bunker. As they anxiously wait for John to free them from the hole, the boy returns home, where he can finally enjoy and explore a newfound independence. Exploring the difficult passage from childhood freedom to adult responsibility, John and the Hole is both a slow-burn psychological thriller and meditative coming-of-age fable, anchored by a chilling lead performance from Charlie Shotwell.

Selected as part of the cancelled 2020 Cannes Film Festival, John and the Hole made its world premiere bow in the U.S. Dramatic Competition at the 2021 Sundance Film Festival, where Sisto’s confident direction and Shotwell’s mannered performance caught the attention of critics. In a review for the Hollywood Reporter, David Rooney wrote, “Sisto has an arresting visual style, a firm command of tone and an impressive ability to steer his fine cast onto the same rigorous wavelength, all of which makes him a talent to watch”, adding, “Shotwell is just astonishing”. Peter Debruge of Variety praised the echoes of Yorgos Lanthimos and Michael Haneke in the film, noting, “Like Dogtooth or Benny’s Video, it works as a kind of suburban surrealism….with any luck, the film will put both Shotwell and Sisto on the map.”

Arianna Bocco, President of IFC Films, said, “Pascual has crafted a film that channels all the anger and uncertainty of adolescence into a meticulously constructed nail-biter that really gets under your skin. We’re thrilled to be partnering with him for the release of this incredibly exciting debut.”

Director Pascual Sisto added, “It was very important to find a good home that will provide the right context for the film to find its audience. I’m extremely happy with IFC, it’s a company with an incredible history that really caters to each film and all their nuances. I’m excited for them to guide us into its final release.”

The deal for the film was negotiated by IFC Films President Arianna Bocco with ICM Partners and UTA acting on behalf of the filmmakers. Sisto and Giacobone are also represented by both Untitled Entertainment and Ziffren Brittenham LLC. Survive the Holidays with KRAMPUS & CREEPSHOW Apparel from Fright-Rags 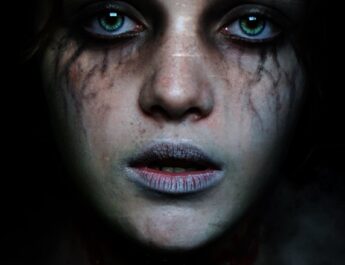