Plus, New Episodes of HAUNTED HOSPITALS and UNEXPLAINED: CAUGHT ON CAMERA

A dishonest antiques dealer makes a grave mistake when she summons a vengeful spirit. An aspiring actress gets a ghostly warning while housesitting for a famous producer. A grad student is caught in a sinister web spun by her friendly landlords.

“Night of the Zombies, Scarecrows and Aliens Among Us” – Begins Streaming Saturday, June 5

A nurse battles patients infected with a mysterious malady. A terrifying scarecrow is more than what it seems on an old family farm. Government agents enlist a doctor’s help to save the lives of two aliens after a UFO crash.

A desperate ghost reaches out to a new teacher at a school with a sordid past. A young man fatally misjudges what he thinks are only frightening Halloween decorations. A grad student discovers her boyfriend is part of a horrifying off-world experiment.

“The Graveyard Shift, The Bridge and The Other Side” – Begins Streaming Friday, May 28

A demonic entity stalks a support worker through the night in a group home. A ghostly figure tries to send a message to a police officer. A patient awakens to find the hospital has entered an alternate dimension.

“This Room Is Taken, Pushing Back and Three Strikes” – Begins Streaming Friday, June 4

A dark spirit looms over an EMT as she recovers from an illness. A nurse takes drastic measures to cleanse her home of a vengeful ghost. A hospital security guard encounters strange and terrifying entities night after night.

With people the world over using cell phones, CCTV and dashcams, more paranormal phenomena is being captured than ever before. In this series, viewers will hear firsthand from those who recorded the remarkable footage and meet experts who will attempt to explain the – often terrifying – unexplainable. [Hour-long episodes]

A security guard’s patrol takes a petrifying turn in Savannah, Georgia. An antique ventriloquist doll moves on its own in Liverpool, England. A man reveals his extraordinary ability to communicate with aliens.

There’s no escape from a house of horrors in New York. A snake hunter hears sinister voices in an underground bunker in Florida. A curious cottage in Cambridgeshire, England, comes alive after dark.

Episode: “Rainbow Portal in Connecticut and More” – Thursday, May 27 at 9 p.m. ET/PT 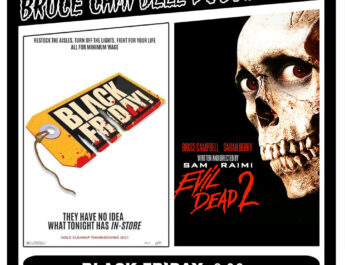