Reminiscent of The Lost Boys & The Warriors, Actor Lorenzo Antonucci is Executive Producer.

Rooted in diners and dive bars around L.A., Night of The Cadillacs tells a compelling story inspired by L.A.’s Fairfax District’s street culture and cult films The Lost Boys and The Warriors. Supernatural gangs come to Earth on a mission to retrieve live-restoring blood from humans during a rare blood moon. Stiv is a member of a supernatural gang. He breaks away from his crew to go on the run with Scout, a human girl – a pair of star-crossed lovers who are the heroes of this story. 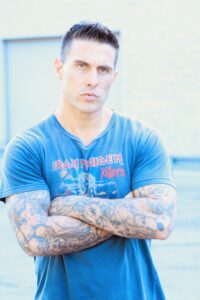 Lorenzo Antonucci is an actor, writer and producer born in Brooklyn, New York and raised on the streets of Queens. For over a decade, Antonucci toured internationally as lead guitarist with well-known thrash metal band Sworn Enemy. He found his true passion in acting and filmmaking in Los Angeles. Antonucci who is of Puerto Rican and Italian descent, is executive producer, writer and star of Paradise City now streaming on Amazon Prime.

Night of the Cadillacs is due out in September, 2021

Night of the Cadillacs will be released by Scout Comics & Entertainment Holdings Inc. with distribution by Simon & Schuster.

About Night of the Cadillacs

SERIES PREMIERE – In the spirit of Lost Boys and Warriors, Night of the Cadillacs is a high-octane, genre-bending mix of horror, hard action, forbidden love and street culture. Rival supernatural gangs come to earth on an overnight raiding mission to retrieve life-restoring blood from humans. The gangs fight among themselves for prized human captives and the survival of their clan. While the battle rages, a defiant and charismatic gangbanger (our hero Stiv) breaks free from his crew to go on the run with a rebellious, 18-year-old human girl (our other hero Hope) to protect her from his predatory family. Covers by Rob Prior. From the producers of “Hot Valley Days, Cocaine Nights”.

Night of the Cadillacs is the latest release from Scout Comics & Entertainment Holdings, Inc, which has the rights to more than 170 titles spanning multiple genres. The release is in conjunction with Execution Posse, a publishing and IP holding company that styles itself as a punk rock Marvel.

Night of The Cadillacs Article on The Hollywood Reporter 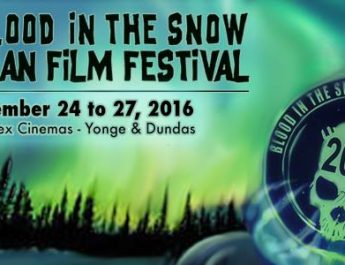