DESTINATION FEAR is back for another tour de terror. Fear-chasing foursome – brother and sister duo Dakota Laden and Chelsea Laden and best friends Tanner Wiseman and Alex Schroeder – hit the haunted highways, byways and back roads of America once again, spending the night inside the nation’s scariest places. Exploring under the harshest conditions they’ve ever faced and using sensory deprivation tactics to augment their paranormal experiment, this trip will test their mental, emotional and physical strength to the extreme. Venturing inside notoriously haunted locations, the team confronts intense supernatural forces – and quickly learn these entities do more than go bump in the night. [Hour-long episodes]

The team is left with less-than-warm feelings for Dakota when he hatches a chilling plan to communicate with the dead at an abandoned fort in Prospect, Maine. Things get even more heated when a ghostly caretaker threatens to throw them all out into the cold.

All bets are off when Tanner picks one of America’s most depraved prisons to investigate – the Ohio State Reformatory, also known for its role in “The Shawshank Redemption.” He unveils a fear experiment so diabolical that the team is forced to decide whether to part ways or to continue on this road trip from hell together.

Just outside of New York City, residents of the Hudson Valley believe they are being tracked, terrorized and even experimented on. They are struggling to pinpoint the assailants because the attackers are not from this world. Ben Hansen and a team of extraterrestrial experts embed themselves in the Hudson Valley to hear directly from eyewitnesses, and their reports are terrifying.

The Ghost Adventures crew investigate the Hollywood Hills home of model and television personality Holly Madison. She is experiencing disturbing paranormal activity, including demonic growls, and suspects that whatever haunts the property is preying on her fear.

Zak Bagans and the team open a terrifying new chapter in Virginia City, Nevada, a haunted town that’s kept the crew coming back again and again. This time, they are focusing on two places in town, the Territory Enterprise Building and the Knights of Pythias building.Locals suspect the town’s connection to a secret society may have opened a portal to the netherworld. 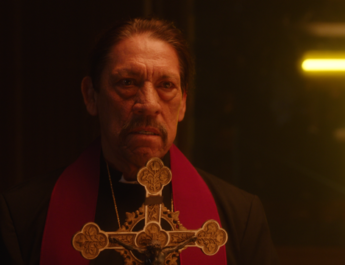