In 1982, ambitious law student Jim Potts was recruited to assist in writing a death penalty appeal for notorious convicted serial killer, Michael Dee Mattson. In DEFENDING A SERIAL KILLER: THE RIGHT TO COUNSEL [Vesuvian Books, July 20, 2021], Potts shares his experience and the moral and ethical challenges attorneys face in fulfilling their duties to defend a client.

Charged with the kidnapping, rape, and murder of several young girls in California and Nevada, Mattson’s appeal was based on a violation of his Fifth and Sixth Amendment rights, which guarantee the right against self-incrimination. When Potts—a brilliant, idealistic, African American law student—is recruited by his professor to assist in writing a death penalty appeal, he discovers a loophole in the case that could not only get Mattson off death row, but once presented to the Supreme Court of California, potentially release him to kill again.

Potts faces a moral dilemma with no good way out. He must put aside his own values to follow through on his duty to the law, but his pregnant wife maintains she’ll leave him if he sets a killer free. How can he stay true to his profession while assuring he keeps his family together and doesn’t unleash evil back into the world, based on a technicality of law?

DEFENDING A SERIAL KILLER details the Mattson case, as well as more recent cases including Scott Peterson and the Boston Marathon Bombers, capturing a compelling immediacy in the daily processes of the law as the story follows Potts and his associates in and outside of court.

Readers who want to learn more about legal processes, lawyers’ moral and ethical considerations, and how killers are treated in the courts and the minds and hearts of those who defend or oppose them will find much food for thought. Midwest Book Review praises the book, calling it, “Highly recommended reading; especially for students of law, who will find it contains many vivid considerations of the underlying human impact of defending known killers in court and supporting the right to counsel that is an intrinsic cornerstone of the American justice system.”

Defending a Serial Killer will be available in paperback and e-book on July 20, 2021.  Order your copy today: https://vesuvianmedia.com/defending-a-serial-killer-the-right-to-counsel/

Jim Potts, JD is a lawyer and author with a B.A. and Juris Doctorate Degree. He is a former Reserve Captain, a P.O.S.T. Certified Terrorist Investigator, a member of the Open Source Intelligence Team, and was with the Los Angeles County Sheriff’s Department for twenty years, achieving the rank of Captain. Potts is a certified Mediator through the Los Angeles County Bar Association and a former Master Teacher for the University of Phoenix (Southern CA Campus), having taught undergraduate and graduate levels. His course curriculums included US Constitutional Law, Criminal Law, Criminal Procedure, Ethics, Business Law, and Employment Law. Potts travels the nation speaking on domestic terrorism in front of political groups, business associations, community-based organizations, schools, businesses, as well as conducts active shooter training for thousands in and out of the workplace.

Lindy Ryan (edited by) is an award-winning professor and editor. In 2011, she was part of the executive leadership team that founded Radiant Advisors, a business intelligence and advanced analytics research and advisory firm, where Ryan developed and launched the company’s editorial and research divisions, and later its data visualization practice, for clients including entertainment and media companies such as 21st Century Fox Films, Warner Bros., and Disney. Ryan took her industry experience into academia where she served as an active member of the New Jersey Big Data Alliance. She was an active researcher at the Rutgers Discovery Informatics Institute where she led a team studying digital literacy and is now a professor of visual data analysis at Rutgers University. She is the author of numerous papers and two textbooks, “The Visual Imperative: Creating a Culture of Visual Discovery” (Elsevier) and “Visual Data Storytelling with Tableau” (Pearson). Ryan holds a Master of Arts in Organizational Leadership, a post-graduate specialization in Education, and a Doctorate in Education, Organizational Leadership. 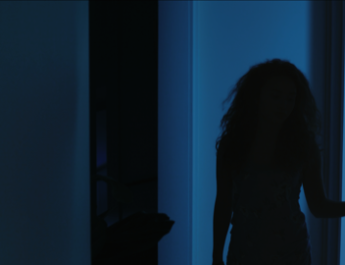