This month mark’s the 40th anniversary of John Landis’ horror masterpiece An American Werewolf in London and to celebrate, we are releasing a limited edition screen print poster by artist Gabz!

Released in collaboration with Bottleneck Gallery, this 24×36 inch poster evokes the iconic scene where businessman Gerald Bringsley (actor Michael Carter, who alsoplayed Bib Fortuna in Return of the Jedi) is chased through the London Underground’s Tottenham Court station by the lycanthropic beast. Unlike the film scene, where the creature is mostly embodied in Steadicam POV, this chilling print puts you face-to-face with Rick Baker’s Oscar-winning creation in all its drooling glory.

For our international customers, orders being shipped to the EU will now all include EU VAT, and should not face any additional fees on import at customs. Customers in the United States can also now benefit from reduced shipping rates on all orders $65 and over!

An American Werewolf In London will be available from Vice Press at 6pm BST/ 1pm EST on Thursday August 12th at Vice-Press.com on our home page. 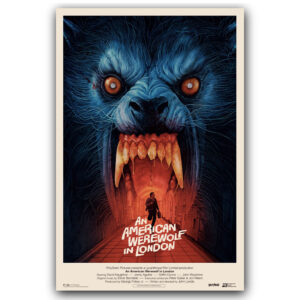 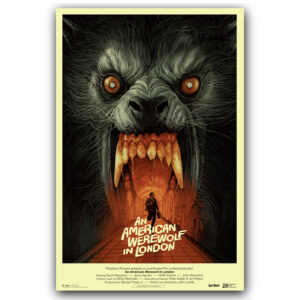 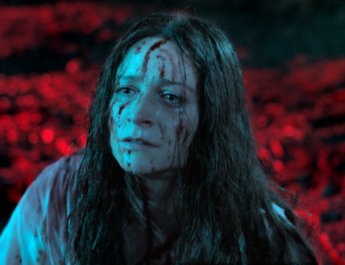