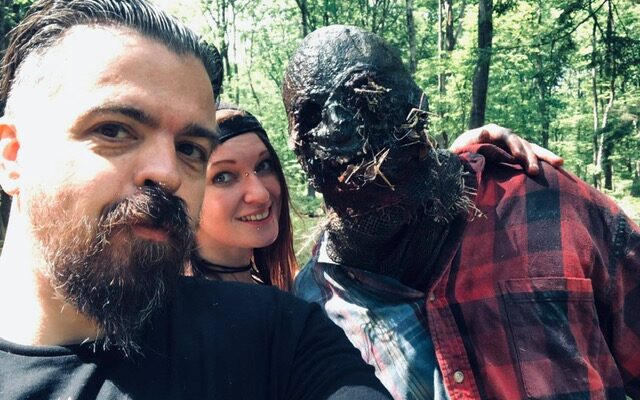 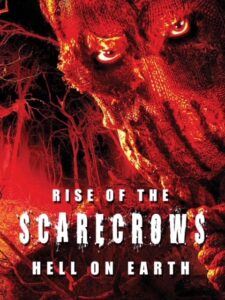 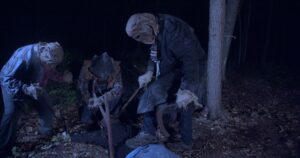 Produced by McGahee (RISE OF THE SCARECROWS, AMITYVILLE COP), Gregory Hatanaka (SAMURAI COP 2, MAD COWGIRL), Pete Baez (REMEMBER THE TIMES), Matt Hebert (ZOMBIE BUSTERS: OUTLIVE THE DEAD) and Jesse Delta Ariel Waegelein-Hall (REVENGE), the film promises to bring the monster in the woods slasher back complete with good gore and twists and turns along the way. The film will be released by Cinema Epoch and Cineridge Entertainment. 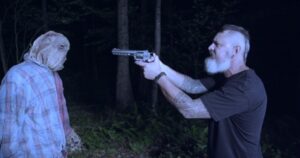 The film’s approach to the 80’s slasher in the woods follows the formula with practical effects and night shooting, avoiding the day for night terrible effect that so many filmmakers use to simulate night and focusing on the old school approach. There is no CGI in RISE OF THE SCARECROWS: HELL ON EARTH, but there is plenty of focus on the gore with the experienced gore team of Matt Hebert, Jesse Delta Ariel Waegelein-Hall, and Mechanical Advisor, Rick Caride, creating movie magic. 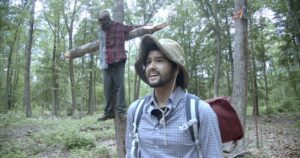 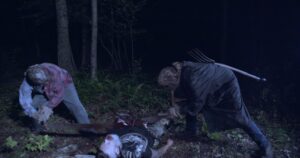 Synopsis: A young writer returns to his hometown and soon discovers the dark secret that has been hidden for years. The Scarecrows have risen and they are raising hell. 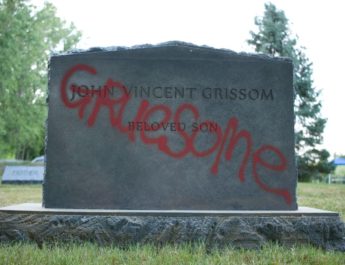 New Trailer for JOHNNY GRUESOME – Out this October!