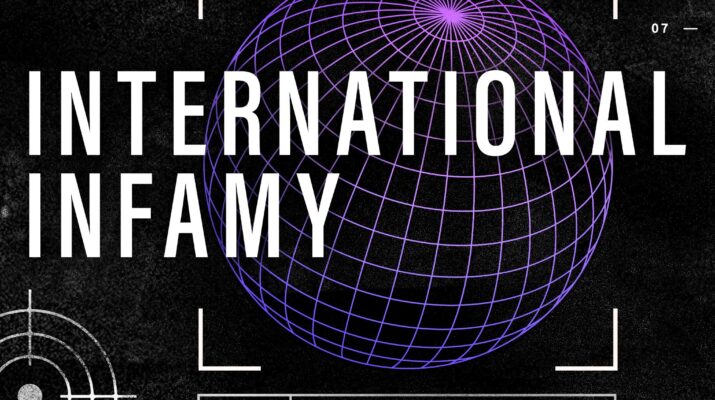 2 brand-new episodes of International Infamy with Ashley Flowers, available now on Spotify! Additionally, Ashley Flowers recently put together a playlist exclusively for Spotify highlighting the international crimes and mysteries she explores from around the world (HERE).

Last week’s episode explored Iceland’s most controversial murder case and one of the strangest investigations in world history – a tale of political intrigue, alcohol smuggling, two murders, and a massive criminal conspiracy. Even though six people confessed to being involved in this saga, the evidence alarmingly suggested that none of it ever happened and the investigation fell into total disarray as suspects began to lose their grip on reality. Ashley Flowers looks into the outlandish case of collective recollection and implanted memory over the disappearances of two men.

○      Description: In 1974, a missing persons case in Reykjavik, Iceland, turned into a murder investigation when six people confessed to two killings. The only problem: There were no bodies. No evidence. And the six suspects had no memory of committing any crimes.

This week’s newest episode travels to the backlands of Brazil in the 1930s, where a young woman, Maria Bonita, had her life forever changed when she left her struggling marriage for the legendary Lampião, the Bandit King. He was the 20th century’s greatest outlaw, renowned as the bravest, cleverest, and most dangerous man in the backlands. Although nothing could fully prepare her, Maria seemed to embrace the life of an outlaw and all the violence that came along with it. While the scale and brutality of Lampião’s crimes are staggering, their tale is a love story at heart, a story so iconic it reads like something out of a dark fairytale. Ashley Flowers dives into the complicated origin stories of Lampião and what ultimately leads to his great demise.

○      Description: He was the 20th century’s greatest outlaw. She was a peerless beauty trapped in a loveless marriage. Together they perpetrated a spree of brutal violence that left its mark on Brazil forever. This is the story of Lampião the Bandit King and his love, Maria Bonita.

UFOs Are Real, But They Might Not Come in Peace: New d+ Doc ALIEN ENDGAME Premieres May 20