Jungo TV will create, launch, and manage an official ad-based YouTube channel for Terror Films. Jungo TV will also release all content under the Terror Films and sister label, Global Digital Releasing’s film libraries, across Jungo TV’s massive AVOD YouTube movie channel network. This includes the creation of subtitles and dubs to expand the releases directly to the international audiences.

Terror Films and Global Digital Releasing President Joe Dain spoke of the partnership, recently. He said: “I am thrilled about this new partnership and more importantly, this next phase in the continued growth of our distribution capabilities. We have seen an explosion in Ad based revenue in the last 2 years from platforms like Tubi TV and Roku and more recently, in our partnerships with YouTube AVOD channels such as Kings of Horror and Watch Movies Now, so the timing of launching our very own channel couldn’t be better.” Joe said of this partnership’s potential: “this venture will this create yet another revenue stream for our filmmakers. And with the guidance of Jungo TV and their incredible team, we will establish an international footprint well beyond what we currently have. The Terror Films’ brand will continue to grow, along with our mission to cement our foothold as one of the most reliable, respected and diverse distributors of indie horror content in the digital content arena!”

George Chung, CEO of Jungo TV said, “we are so proud to launch this new network with Terror Films, serving the passionate and dedicated super fans of the horror genre. Our core mission at Jungo is to entertain our community’s passions with free ad-supported programming.”

To learn more about Terror Films and Jungo TV, visit:

About Terror Films: Terror Films is a horror genre distributor, with a primary focus on digital releases across TVOD, AVOD, SVOD and VOD platforms globally. Officially launched in 2016 with only 7 films, the company currently has over 80 films live in 60 countries with more than 20 platform partners including Shudder, Amazon Prime, Google Play, Scream Box, Kings of Horror, Watch Movies Now and many others. The distributor counts indie horror hits such as, The Taking of Deborah Logan, Inner Demon, Dead Body, The House on Pine Street, Patient Seven, The Chosenand The Hell House LLC Franchise, among its growing and much sought-after library of diverse horror films. With an ongoing digital and printed marketing presence in publications like Scream and Rue Morgue Magazine and a frequent sponsor of horror film festivals such as Telluride Horror Show, Toronto After Dark, NYC Horror Film Festivals (and others), the company is also a vocal advocate of independent filmmakers in which President Joe Dain and Head of Acquisitions and partner Jim Klock, frequently participate in filmmaker forums with the goal of educating, informing and helping guide filmmakers through the often difficult world of independent distribution. 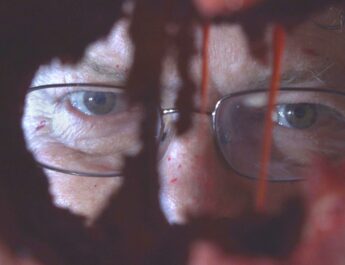