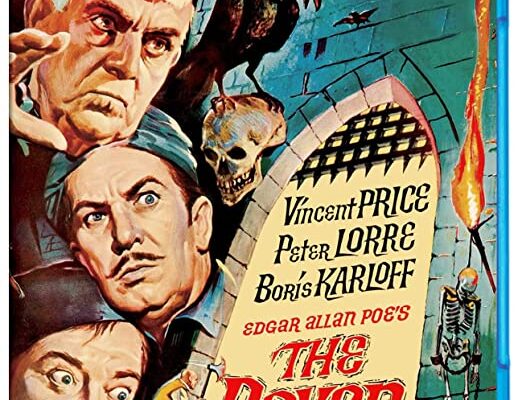 Here are some of the horror DVD/Blu-Ray releases for Aug. 31st!

The legendary “Triumvirate of Terror”—Vincent Price (Scream and Scream Again), Peter Lorre (The Comedy of Terrors) and Boris Karloff (The Crimson Cult)—star in this twisted tale of sorcery most fowl! Director Roger Corman (The Tomb of Ligeia) and screenwriter Richard Matheson (The Last Man on Earth) deliver a tongue-in-cheek take on Edgar Allan Poe’s most famous poem. Dr. Craven (Price), the son of a great sorcerer (now dead), was once himself quite skilled at that profession, but has since abandoned it. One evening, a cowardly fool of a magician named Bedlo (Lorre) comes to Craven for help—the evil Scarabus (Karloff) has turned him into a raven and he needs someone to change him back. He also tells the reluctant wizard that Craven’s long-lost wife Lenore (Hazel Court, The Premature Burial), whom he loved greatly and thought dead, is living with the despised Scarabus. Featuring Jack Nicholson (Prizzi’s Honor) in an early screen role, this Corman-Poe classic about two wizards dueling for magical supremacy is utterly bewitching!

Recently widowed Ben, his glamourous girlfriend Nicky and his small daughter K.T. are on a road trip across the Southwest, which comes to a screeching halt when they witness an accident. Heading to the nearby isolated desert town of Hillsboro to report it to the Sheriff (played by L.Q. Jones), they are met with a hostile reaction from the locals, who are gripped by paranoia and fear due to a series of gruesome deaths, as well as the mysterious disappearance of eleven of the communitys children. As the bodies continue to pile up around them, Ben and his family find themselves joining the sheriff, a local priest and the towns enigmatic physician Doc Duncan (Strother Martin, Cool Hand Luke) in the midst of a mystery that points towards a deadly satanic cult..

Your Favorite Creeps Together Again! Four masters of the macabre star in this sinister and screamingly funny scare-fest! Waldo Trumbull (Vincent Price, The Raven) is running his father-in-law’s (Boris Karloff, Black Sabbath) funeral home business… straight into the ground! Hounded by his landlord (Basil Rathbone, The Magic Sword), Trumbull and his assistant (Peter Lorre, Tales of Terror) devise a way to make death pay: by increasing their customer base through murder and burying the secrets of their success… body by body! Jacques Tourneur, the diabolical director of Cat People, I Walked with a Zombie, Out of the Past and War-Gods of the Deep, blended humor and horror for The Comedy of Terrors, written by Richard Matheson (The Last Man on Earth) and co-starring Joyce Jameson (The Apartment) with special guest star Joe E. Brown (Some Like It Hot).

With the giallo at its peak in the early 70s, it seemed that every filmmaker working in Italy was vying to make one and put their unique creative stamp on this highly popular genre. Presented here are a trio of early 70s gialli, all directed by filmmakers who had never made one before (or after) and all presenting wildly different approaches to the genre’s most prevalent trappings.

Fed up with waitressing, Jade Cochran (Claire Brennen) embarks on a new life with a traveling carnival. But she discovers that what lurks behind the curtain doesn’t take too kindly to her backstabbing plans. A gutter-noir reworking Tod Browning’s FREAKS and a valentine to the carnival lifestyle that defined the career of producer David F. Friedman (BLOOD FEAST), SHE FREAK is a snapshot of life, love, and revenge on the grounds of a seedy carnival in Smalltown, USA — complete with crackpot monster make-up effects from Harry Thomas (PLAN 9 FROM OUTER SPACE). Like Devo’s music and Ed Wood’s novels, SHE FREAK creates a synthetic reality that is often preferable to our own. AGFA + Something Weird are beyond excited to present a dazzling 4K restoration of this essential weirdo classic.

After a group of thieves decide to ransack the home of a strange, old Gypsy woman, murdering her in the process, they unwittingly free a vengeful genie named Jinn who has been held captive for centuries in an ancient oil lamp. Soon after, the lamp is acquired by a local museum. But as Alex Wallace, daughter of the museum’s curator, decides to sneak a group of her friends into the museum after hours for a night of partying, she doesn’t realize that Jinn is looking for a new ‘keeper’ and that Alex is the perfect vessel to carry out the genie’s diabolical actions…

An unknown killer has been stalking Northern California, picking up innocent young women in his van and then brutally torturing and murdering them, leaving their mutilated bodies in nearby woods. Sgt. Vince De Carlo has been assigned to the case but finds himself with almost nothing to go on, that is, until the murderer begins picking off teenage girls who frequent a local public pool. With the aid of psychologist Carol Thompson, De Carlo begins to devise a plan to lure the killer into the open…

One year after his international breakthrough with CANNIBAL MAN, defiant Basque filmmaker Eloy de la Iglesia co-wrote and directed this twisted thriller – his last under Spain’s repressive Franco regime – that instantly made him ”the father of Spanish giallo” (Spanish Fear): When a woman spies her neighbor disposing of his wife’s corpse, she will cross the line from witness to accomplice to something far more depraved. Vicente Parra (CANNIBAL MAN), Carmen Sevilla (THE GLASS CEILING), María Asquerino (THAT OBSCURE OBJECT OF DESIRE) and Antonio Casas (THE GOOD, THE BAD AND THE UGLY) star in ”a must for all European film fans, with a final twist that will resonate with you for a very long time” (The Gore Splattered Corner), now featuring an HD scan from the original negative.

From subversive Spanish writer/director Eloy de la Iglesia comes the international hit and DPP 39 ‘Video Nasty’ that remains among the most notorious and misunderstood shockers of the ’70s: When a slaughterhouse worker (Vicente Parra of NO ONE HEARD THE SCREAM) accidentally kills a man during a fight, it will trigger a desperate descent into madness, mass murder and ”the most horrific use of a single apartment since Polanski’s REPULSION” (Mondo Digital). Emma Cohen (CUT-THROATS NINE) and Eusebio Poncela (LAW OF DESIRE) co-star in this ”unforgettable mix of Euro arthouse and exploitive sleaze” (DVD Drive-In) – also known as THE APARTMENT ON THE 13TH FLOOR and WEEK OF THE KILLER – now featuring both the International and extended Spanish Version newly scanned from the original negatives for the first time for the best quality on DVD yet!

The violent relationships between a self-destructive driver, a family of three, and a warehouse worker.

After finding a strange looking amulet, a young woman mysteriously vanishes. Her sister, Sandra, finding the police to be little help, turns to a rogue officer named Nick, who senses that something evil is afoot. However, the strange disappearance is only the beginning of a horrifying nightmare, as a Satanic sect, which worships the God Moloch, are determined to do anything in their power to retrieve the ancient amulet as a means of bringing their unholy master to life and ushering in Hell on Earth. It’s up to Nick and Tamara to face off against not only the murderous cult, but their monstrous deity. 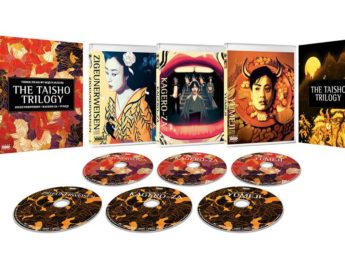 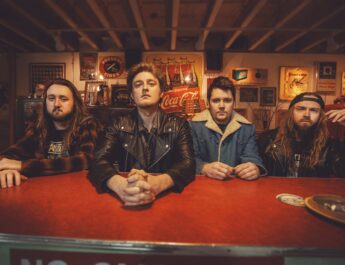