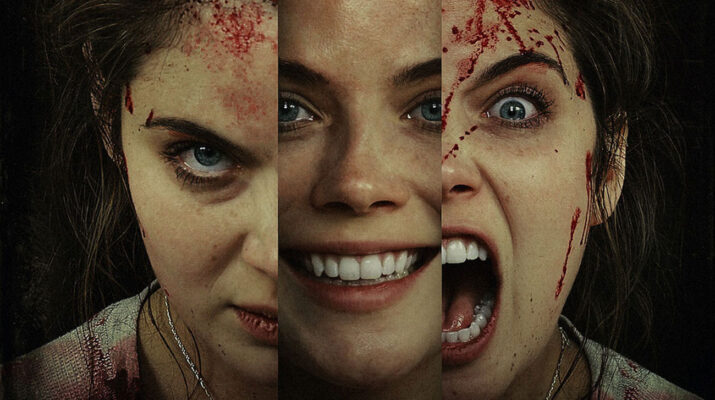 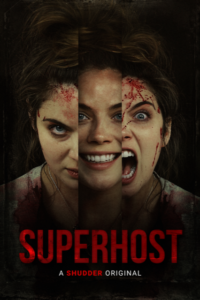 Said writer and director Brandon Christensen, “I’m incredibly excited for horror fans to check out my newest film Superhost on Shudder. Superhost will stay with you long after the credits and have you rethink staying in a complete stranger’s house.”

In Superhost, travel vloggers Teddy (Osric Chau, Supernatural) and Claire (Sara Canning, Nancy Drew) share their experiences in and around vacation homes with their subscribers while maintaining a moderate level of internet fame.  When their follower count starts to dwindle, they pivot to creating viral content around their most recent host, Rebecca (Gracie Gillam, Z Nation). With all eyes turned towards their “superhost,” Rebecca, they slowly start to realize something isn’t right and as they investigate further, they unlock a horrifying truth.

“Superhost” recently had it’s world premiere at the Popcorn Frights Film Festival, where it won the jury prize for best film (we served on the jury). In our review, we praise the performance of Gracie Gillam, “For a movie to be as good as this one is there needs to be something special about it, and that something special is Gracie Gillam. Her performance is absolutely fabulous.” After watching the film, check out this Q & A with director/writer Brandon Christensen at the Popcorn Frights Film Festival.

New Book Release: ‘Where The Dead Go To Die’