Here are some of the horror DVD/Blu-Ray releases for Sept 7th!

A possessed pair of jeans is brought to life to punish the unscrupulous practices of a trendy clothing company. Shipped to the company’s flagship store, the killer jeans proceed to wreak carnage on staff who are locked in overnight to set up the new collection.

A blissful tourist trip turns into a nightmare for five passengers when their seaplane goes down near a shipwreck. Stranded miles from shore in an inflatable life raft, they find themselves in a desperate fight for survival as they try to make it to land before they either run out of supplies or are taken by a menacing pack of sharks lurking just beneath the surface.

After the accidental death of his parents, Jack’s comfortable lifestyle comes to an end and he must sell his family home. Desperate to improve his life, Jack throws out his childhood belongings including his beloved plush, Benny. It’s a move that has disastrous consequences when Benny springs to life with deadly intentions!

A research team in Antarctica is hunted by a shape-shifting alien that assumes the appearance of its victims.

Screen legend Vincent Price (The Tomb of Ligeia) delivers a thrilling tour-de-force performance as a small-time actor plotting big-time revenge! This dramatically delicious concoction is an equal mixture of horror, comedy and Shakespeare that’ll please just about everyone—critics included! After years of suffering deadly reviews, hammy Shakespearean actor Edward Lionheart (Price) decides it’s curtains for his critics. Bumping off his detractors with executions inspired by the Bard, Lionheart stages a beheading in the manner of Cymbeline, a stabbing inspired by Julius Caesar and even an untimely removal of a pound of flesh improvised from The Merchant of Venice—proving once and for all that all the world really is a stage… for murder! Douglas Hickox (Brannigan) directed Price and a troupe of brilliant supporting players including Diana Rigg (Evil Under the Sun), Ian Hendry (The Bitch), Harry Andrews (The Nightcomers), Coral Browne (The Killing of Sister George), Jack Hawkins (Kidnapped), Michael Hordern (The Night My Number Came Up), Robert Morley (When Eight Bells Toll), Dennis Price (Kind Hearts and Coronets), Diana Dors (The Pied Piper), Madeline Smith (Live and Let Die), Joan Hickson (Seven Days to Noon), Renée Asherson (Pool of London), Milo O’Shea (Arabian Adventure) and Eric Sykes (Shalako).

Star Vincent Price (Theater of Blood, The Last Man on Earth), director Roger Corman (The Premature Burial, The Raven) and screenwriter Robert Towne (The Last Detail, Chinatown) hook up for horror in Edgar Allan Poe’s most terrifying tale of passion, possession and purr-fect evil! When a dead wife sinks her claws into immortality—and comes back as a ferocious feline—she leads her husband’s (Price) new bride on a deadly game of cat and mouse. And when the fur starts flying, she soon learns that even in death… she can land on her feet! Elizabeth Shepherd (Damien: Omen II) and John Westbrook (Room at the Top) co-star in this chilling conclusion to Corman’s Poe cycle of films.

Two years after the first series of murders, as Sidney acclimates to college life, someone donning the Ghostface costume begins a new string of killings.

Enter the deadly world of virtual reality, where information is the key to world domination. In this intelligent sci-fi thriller that picks up where the original Lawnmower Man ended, Jobe (Matt Frewer – MAX HEADROOM) has become a hostage in futuristic hell. But when he discovers a computer chip that will give him the key to the ultimate revenge, the battle for world control begins. With visually stunning special effects, Lawnmower Man 2: Jobe’s War takes you into a world where only the hardwired dare to journey.

In this tongue-in-cheek sequel, the benevolent bog creature falls for the vegetarian, plant-loving daughter of the evil scientist who created him.

In centuries long ago, The Knights of the Holy Brotherhood discovered an ancient box which legend claimed contained a piece of hell inside. They vowed to keep its contents hidden from those who would try and exploit it, but the curse within can not be contained! Today, a shadowy conspiracy unfolds that entwines a group of college girls, a suicidal psychiatrist, and a haunted couple with their own dark secrets. All their lives are horribly altered when they come into possession of the box. Will their sanity prevail in the struggle to save their souls? Bonus features include: Trailer, Pitch session, Director\x27s commentary, Extended scenes, SRS Trailers

Dr. Kim believes that ancient dinosaurs are waking up due to global warming rapidly melting the glaciers where they have slept for thousands of years. The recently widowed scientist, now in isolation to study his theories outside the judgemental eye of the public, struggles to find balance with his obsession and raising his young daughter, Sohee. A reporter, named Kang Ok\-hee, discovers his hideout and infiltrates his home in the guise of a housekeeper. When gigantic creatures start to appear on the mainland and cause massive destruction, the doctor and journalist must find a way to save themselves, and the world. Also know as The Flying Monster and Bicheongoesu, this kaiju classic has never been released in North America until now! Bonus features include: English subtitles, SRS Trailers, Kaiju Trailers, Reversible artwork

After looting a Native American burial site, a hunter unleashes the Skinwalker, a shape shifting demon. Once thought to be only a legend, this ancient evil returns from the grave to wreak a terrible vengeance on all who cross its path.

A young woman returns to her hometown, to discover it is corrupted by witchcraft. The locals whisper tales of a shadow that lures souls at night, and as she seeks answers, she comes face to face with a clan, which her mother is the leader.

Rebecca is searching for her sister, a young journalist who went missing while investigating a series of unfortunate events. The trail leads her to Timere, a remote place far from the hustle and bustle of everyday life, where amidst the tight\-lipped silence of the town\x27s inhabitants there\x27s an ever\-growing fear of dark forces at work and no\-one dares to leave their home at night. Here Rebecca meets an extravagant writer, the church warden of the town and above all Caleb, a charming, rich and elegant man whose dark gaze hides a chilling secret. It\x27s in this town, where time appears to move between the shadows and danger lurks around every corner that Rebecca learns of the terrible truth and the battle between good and evil begins.

Claire wakes one day to find herself chained in a basement. Her horror is amplified when she discovers that her captor is her own mother. Finding herself between reality and insanity, and ultimately forced to face a dark truth. 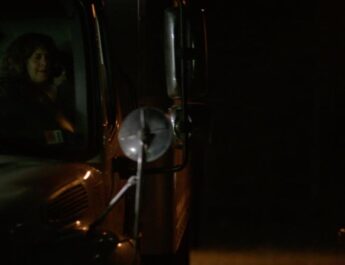