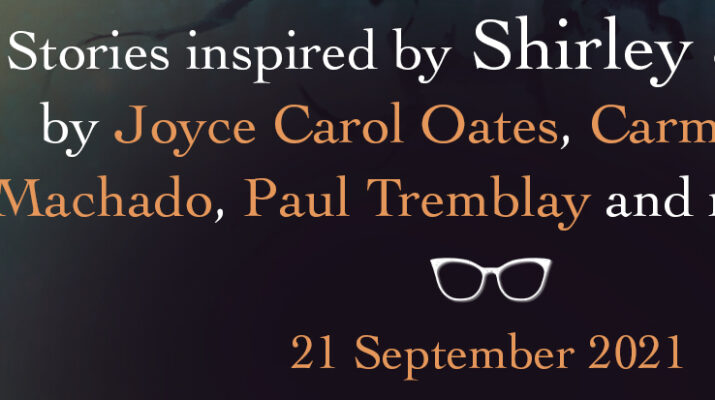 One of the most seminal writers in modern literature, Shirley Jackson’s influence in today’s modern horror writing is undeniable and her legacy only continues to grow. From the hit Netflix adaptation of The Haunting of Hill House to Elizabeth Moss’ portrayal of the author herself in the recent feature film Shirley, Jackson’s presence continues to permeate popular culture today. Here some of today’s most talented writers draw inspiration from the stories Jackson wrote to craft their own original, homages to her works.

A collection of new and exclusive short stories inspired by, and in tribute to, Shirley Jackson.

Shirley Jackson is a seminal writer of horror and mystery fiction, whose legacy resonates globally today. Chilling, human, poignant and strange, her stories have inspired a generation of writers and readers.

This anthology, edited by legendary horror editor Ellen Datlow, will bring together today’s leading horror writers to offer their own personal tribute to the work of Shirley Jackson.

“Any fan of Jackson’s oeuvre will delight in this anthology.”

Ellen Datlow has been editing science fiction, fantasy, and horror short fiction for forty years as fiction editor of OMNI Magazine and SCIFICTION. She currently acquires short stories and novellas for Tor.com. In addition, she has edited about one hundred science fiction, fantasy, and horror anthologies, including the annual The Best Horror of the Year series, The Doll Collection, Mad Hatters and March Hares, Echoes: The Saga Anthology of Ghost Stories, andFinal Cuts: New Tales of Hollywood Horror and Other Spectacles.

She’s won multiple World Fantasy Awards, Locus Awards, Hugo Awards, Bram Stoker Awards, International Horror Guild Awards, Shirley Jackson Awards. Datlow was recipient of the 2007 Karl Edward Wagner Award, given at the British Fantasy Convention for “outstanding contribution to the genre,” was honored with the Life Achievement Award by the Horror Writers Association, in acknowledgment of superior achievement over an entire career, and honored with the World Fantasy Life Achievement Award at the 2014 World Fantasy Convention.

She lives in New York and tweets @EllenDatlow.