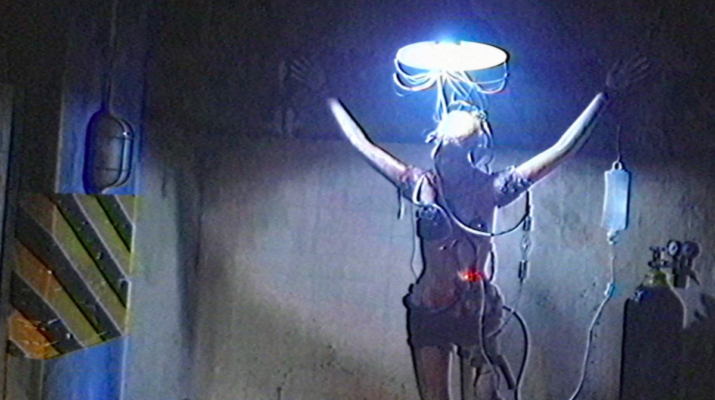 The highest-rated new drama of 2019 on all UK television returns with BAFTA and SAG Award-winning actor Martin Clunes (Doc Martin) reprising his critically acclaimed role as former London Metropolitan Police detective DCI Colin Sutton. Based on the real-life Colin Sutton’s diaries, Manhunt: The Night Stalker is the true story of the police pursuit of a notorious burglar and serial rapist whose 17-year reign of terror left thousands of elderly people in Southeast London living in fear. The drama explores how Colin came late to the inquiry and helped solve it in a matter of weeks, taking an incredibly dangerous criminal off the streets.

Covenant will create a world of thrilling, suspenseful drama where characters and stories of the bible are thrust into a vicious dystopia of present-day, real-life situations. Four classic bible stories are reimagined as it would take place in the modern world – challenging viewers to examine how sacred lessons of faith and love fit into today’s society.

A Closer Look is a music documentary series that profiles R&B, Soul, and Hip-Hop artists whose song(s) have and continues to top the billboard charts and re-shape the music industry. Each episode consists of a one-on-one sit-down interview between the artist and producer of the show, and highlights music videos/live performances, studio sessions, archival interviews, B-roll footage, and guest interviews, placing, “A Closer Look” on the artist’s career and life. This will be the fifth installment of the docuseries which will feature TRINA.

World-renowned paranormal expert and UK-based author, Will Stone (Anthony Oseyemi), travels to his native South Africa to write his latest book. While his publisher believes he’s there to investigate the country’s supernatural realm and to delve into Africa’s rich folklore and mythology, Will has another reason for coming home. He’s finally ready to interrogate his sister’s death and to face up to the truth of what happened to her when they were children. Did she really drown in a tunnel? The victim of a flashflood? Or did something else happen to her? Something…far more sinister? Trailer

New AMC+ Original series starring Charlie Cox (Daredevil), Aidan Gillen (Game of Thrones), Ciarán Hinds (Game of Thrones) and breakthrough Irish actress Clare Dunne (Herself), Kin charts the lives of a small, but tight-knit fictional Dublin crime family, The Kinsellas, who are embroiled in a war against a powerful drug kingpin, Eamon Cunningham (Hinds). A boy is killed and his family embark on a gangland war with an international cartel – a war that is impossible to win. It’s David and Goliath. Out-numbered, out-financed and out-gunned, the Kinsellas find themselves holed up in their Dublin stronghold while their businesses fail, and family members and associates are picked off. But they have something the cartel does not: the unbreakable bonds of blood and family.

In “For Blood,” The Reapers defend Meridian from an incoming herd. Meanwhile, Alexandrians scramble to protect themselves when a violent storm leaves them vulnerable to walkers.

A teenage girl’s coming of age comes with a terrifying twist in this spellbinding take on werewolf legend. Since birth, Anna (Bel Powley) has been raised in isolation by a man she knows only as Daddy (Chucky star Brad Dourif) who has done everything possible to conceal the truth about the girl’s origins from her. But when the teenage Anna is suddenly thrust into the real world under the protection of no-nonsense police officer Ellen (Liv Tyler), it soon becomes clear that the young woman is far from ordinary.

Two couples, each working through relationship issues, rent a gorgeous house in the desert for a sex- and drug-fueled escape from reality. Sarah (Angela Trimbur) and Estelle (Janel Parrish) are longtime best friends looking forward to reconnecting after a period apart; their boyfriends, Joseph (Zach Avery) and Victor (Jonathan Howard), however are immediately wary of one another. As tensions escalate over the course of a debaucherous night, things take an unexpected turn when a woman (Fairuza Balk) claiming to be a neighbor with car trouble shows up at the door. As the twists and turns pile up, so does the body count.

A Shudder Original Film, V/H/S/94 is the fourth installment in the hit horror anthology franchise and marks the return of the infamous found footage anthology with segments from franchise alumni Simon Barrett (Séance) and Timo Tjahjanto (May the Devil Take You Too) in addition to acclaimed directors Jennifer Reeder (Knives & Skin), Ryan Prows (Lowlife) and Chloe Okuno (Slut). In V/H/S/94, after the discovery of a mysterious VHS tape, a brutish police swat team launch a high intensity raid on a remote warehouse, only to discover a sinister cult compound whose collection of pre-recorded material uncovers a nightmarish conspiracy. Trailer

Based on the 1982 horror comedy classic, the anthology Creepshow returns for a third season and is still the most fun you’ll ever have being scared! From showrunner Greg Nicotero (The Walking Dead), a comic book comes to life in a series of vignettes, exploring terrors ranging from murder, creatures, monsters, and delusions to the supernatural and unexplainable.  You never know what will be on the next page.

This season, when Detective Ariki Davis (Dominic Ona-Ariki) is trying to harness his Māori gift of matakite to save his boss Stephen Tremaine (Joel Tobeck)from attempting suicide on the infamous One Lane Bridge, he inadvertently triggers a cataclysmic chain of events – unleashing rivalries and uncovering long buried secrets. Burdened by his second sight, Ariki’s loyalties are tested as he navigates a murder investigation rife with ulterior motives and conflicts ofinterest, including his own.

Lindy Chamberlain made headlines in 1980 when she claimed a dingo had killed her 9-week-old baby in the Australian outback. With little evidence, Lindy was convicted of murder, and spent the next 30 years trying to prove her innocence. With exclusive personal accounts in this revelatory three-part true crime documentary series from award-winning director Mark Joffe, Lindy and her family finally share their own story.

World-renowned paranormal expert and UK-based author, Will Stone (Anthony Oseyemi), travels to his native South Africa to write his latest book. While his publisher believes he’s there to investigate the country’s supernatural realm and to delve into Africa’s rich folklore and mythology, Will has another reason for coming home. He’s finally ready to interrogate his sister’s death and to face up to the truth of what happened to her when they were children. Did she really drown in a tunnel? The victim of a flashflood? Or did something else happen to her? Something…far more sinister? Trailer 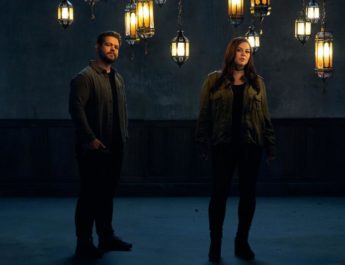 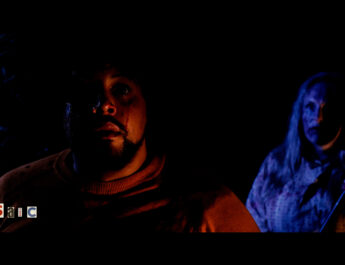 ZERO CONTACT In Select Theaters, On Digital and On Demand May 27