The Party Actually Just Begins In This Murderous Furries Film

Synopsis: Charlie, a professional cosplayer that specializes in dressing up in Furry Animal costumes decides to go to the biggest Furry Party of the year with her friends, but the party is soon cut short when she realizes that the party’s host, Leon Fowl known as Lone Wolf, is a murderer who enjoys turning people into real life Furry Animals by sewing the “Fursuit” to his victim’s bodies. Charlie and her friends are now in a race for their lives to escape the clutches of this madman before its too late.

J.D. Marmion is known for his many short films, stunt work, and even guest-starring in box office films, such as BROTHERS, TERMINATOR SALVATION and SICARIO: DAY OF THE SOLDADO. He took on the director role for two feature films in 2020, which included LONE WOLF. 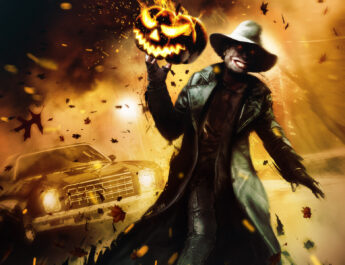