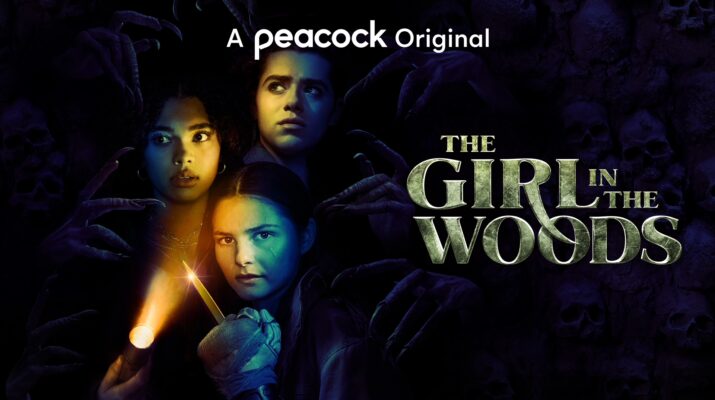 •The new Peacock Original, THE GIRL IN THE WOODS, is a supernatural YA drama about a mysterious door in the woods that leads to a terrifying monster dimension. It features Carrie (Stefanie Scott, “Insidious: Chapter 3”) a teenage runaway who’s anything but ordinary as she faces her demons and bonds with two new friends Nolan (Misha Osherovich, “Freaky”) and Tasha (Sofia Bryant, “I Am Not Okay with This”) to fight back.

• THE GIRL IN THE WOODS launches Thursday, October 21 on Peacock. All eight episodes will drop at once.

•In supernatural drama THE GIRL IN THE WOODS, monsters are real, kept at bay behind a mysterious door in a cult-like colony. Teenage runaway Carrie’s job is to guard that door, but when strange occurrences begin to shake the sleepy mining town to its core, she must enlist the help of new friends Nolan and Tasha. The group becomes an unlikely trio of monster slayers, determined to save their loved ones. As they fight back, Nolan and Tasha can’t help but wonder…can they really trust Carrie? Small towns sure can be Hell.

•Produced by Crypt TV, the global multi-media company growing the next generation of iconic monsters for Gen Z, THE GIRL IN THE WOODS marks another full series adaptation of one of the biggest IPs in Crypt TV’s monster universe.