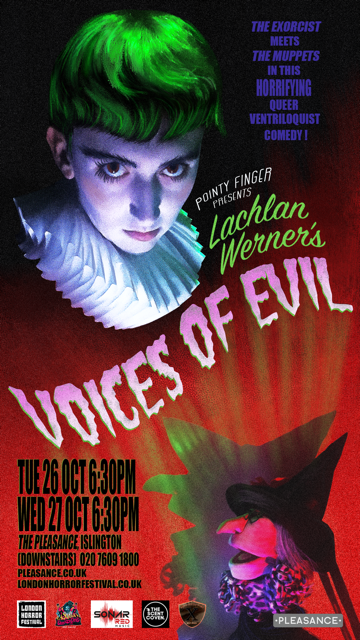 Lachlan Werner, a rising LGBT+ comedian, will be performing a totally new spin on ventriloquism at London Horror Festival 2021. His new show ‘Voices Of Evil’ is a queer horror comedy, where he supplies demonic voices and hilarious theatrical surprises.

‘Voices Of Evil’ combines physical comedy, improvisation, audience participation, muppet-style puppetry and some expert voice-throwing to pay a very silly homage to such films as ’The Exorcist’ and ’The Conjuring’.

The show follows Brew the Witch (an ego-centric puppet witch) and her friend, Lachy (painfully shy, dressed like a choir-boy), hosting a halloweeny seance event, called ‘magic night’. Brew’s gimmicks lead to a real possession which will change the ‘innocent’ little Lachy forever.

Lachlan says he has “wanted to make a horror show for years, as a big horror fan myself. Obviously ventriloquism is inherently VERY creepy, but I’ve never seen a real ventriloquist produce something like this. I’m marrying ventriloquism with my background in physical comedy for some really ambitious theatrical moments. After the last two years I’m so happy to be back on stage with a show that is so silly, sometimes quite dark and truly escapist. And so excited to be part of the tenth London Horror Fest!”

‘Voices Of Evil’ is presented by Pointy Finger as part of London Horror Festival 2021. Pointy Finger are a band of queer clowns, based in London and comprised from international roots – a trio of graduates from L’Ecole Philippe Gaulier.

The show is directed by Sara Segovia and designed by Laurie Luxe. Lachlan Werner is an emerging talent on the London comedy scene, and has previously presented solo shows across the UK, at Brighton Fringe and in Paris. He spent this summer selling out London work-in-progress performances of his new show.

Tickets are available at https://www.pleasance.co.uk/event/lhf-lachlan-werner-voices-evil#overview 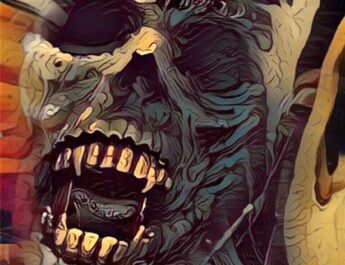 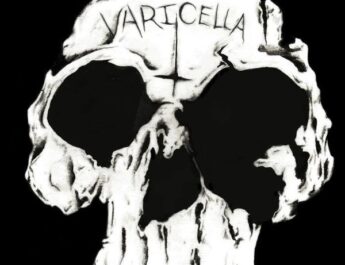