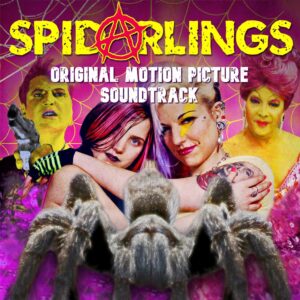 SPIVEMBER 17TH 2021: Halloween this year saw the 5th Anniversary of the Troma horror musical Spidarlings, which had its premiere screening at Whirled Cinema in Brixton, London on that very night. To celebrate, its Original Motion Picture Soundtrack has been remastered and is being released by British company Mr Binks Media for streaming as a digital download, on CD and pre-order as a yellow vinly double album.

Spidarlings is written and directed by Selene Kapsaski and produced by Apres Vague, the company she runs with family members Rahel Kapsaski and Gabriella Kapsaski. Music and songs are by Jeff Kristian, with additional material from Two Russian Cowboys, Gypsy Lee Pistolero and Bloody F Mess Rock Circus. The film is distributed by Lloyd Kaufman’s Troma and is available on Bu-ray. 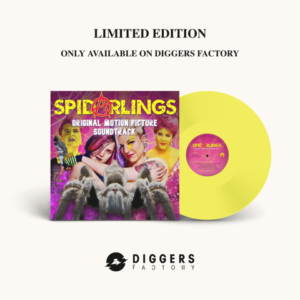 The soundtrack’s digital version is taking several forms. The full 19 track album can be streamed or downloaded with an 8-page booklet. Also there is to be a bonus track version, with never before heard songs cut from the film, composer demos and spin-offs. To date, songs from the movie have streamed over 40 million times. A 19 track CD will also be available from the end of Spivember.

After fan requests, the soundtrack is also available pre-order in a very limited run of only 100 as a 19 track yellow vinyl double album. Mr Binks Media chose Diggers Factory to process its manufacture and distribution by way of pre-sales. All 100 albums must be purchased before the manufacturing begins, thus eliminating waste and keeping the use of plastic to an absolute minimum. In return for the customer’s green participation, all purchasers will also be able to download a free digital version. You can’t play vinyl in the car!

SELENE KAPSASKI “I’ve always been a fan of musicals. When writing Spidarlings I thought the story demanded a truly original soundtrack. I envisioned every character in the film to have their own song in a different musical style suited to their personality and background. It wasn’t until I met Jeff Kristian that my vision became a reality. I found working with Jeff to be a unique experience, because he really got under the skin of the story and has given a lot depth and soul to Spidarlings. Has it really been five years already? I am more than excited and happy that we are finally able to unleash the entire soundtrack for the film’s fifth anniversary.”

JEFF KRISTIAN “A decade or so ago, Tiffaney Wells asked if I would compose a song for her character Gena in a new musical horror movie. To my great relief, everyone liked Sing A Happy Song. I asked if there was anything else I could help with. “Yes, we need another twelve songs!” came the reply. It was a year’s work. But Selene and the guys at Apres Vague are now a part of my family. And just like Eden and Matilda in the movie, that really is the most important thing of all. I’m so excited about this soundtrack. And I love that it’s as green as humanly possible, it means so much.” JEFF KRISTIAN 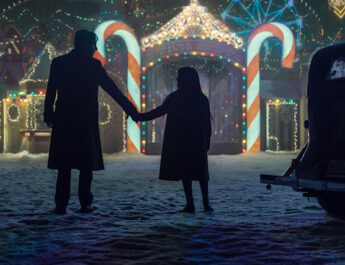 NOS4A2 Season 2 on DVD and Blu-ray on October 20th