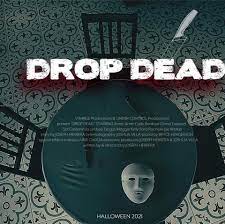 “Drop Dead” stars Joe Walker as Lucky and Sal Castaneda as Nicholas, a duo of thieves who recently escaped from prison. Sara Rashelle portrays Anna, an old-fashioned house mother to a group of peculiar young women. Avery Anne also appears in her film debut as Lulu, a childlike older woman with a toy doll.

Previously Sal, Sara, and Avery worked as extras on Joseph’s series “Detour”, a road trip drama which had its premiere at Studio Movie Grill this past August.

In addition to “Detour” and “Drop Dead”, Joseph recently announced on his social media that he will be collaborating on an action short film with Amber Barbee Pickens entitled “Roman” and will work for the second time with ITN Studios on a supernatural feature length film entitled “Dr. Kim Hunter and the Apparition”. Both are slated for a 2022 release.

To keep up to date with Joseph’s projects, please consider following his production company page on Facebook @UnderControlProductionsUCP