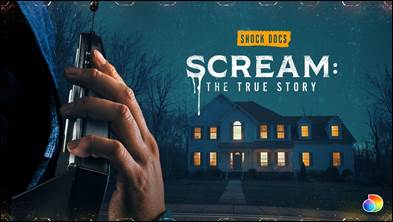 Do you like scary movies? “Scream” may be one of the most successful horror movie franchises of all time, but the real fright lies in its terrifyingly true roots – the horrific story of serial killer Danny Rolling, aka The Gainesville Ripper. Now, just in time for the release of the newest “Scream” movie, SCREAM: THE TRUE STORY, the latest installment in the Shock Docs series, delves into the real-life horror of a murderer who believed he was a possessed by a demon and whose gruesome crime spree inspired the blockbuster film.  Launching Friday, January 14 on discovery+, the docu-special – through a groundbreaking paranormal investigation, archival media and expert interviews – takes a closer look at the alleged diabolical forces involved and whether Rolling’s spirit still lurks in the shadows. Watch the trailer HERE.

Beginning in 1989, Danny Rolling stalked and murdered eight victims in Shreveport, Louisiana, and Gainesville, Florida, including five college students. Rolling claimed he was possessed by a demon named “Gemini” when he committed his crimes; he was eventually convicted and executed in 2006. Now, paranormal investigator Steve Shippy and renowned psychic medium Cindy Kaza join forces to uncover the truth behind Rolling’s claims that a demon made him kill.

“We all know the ‘Scream’ films, but the inspiration behind them is a terrifying true story that many don’t know,” said Shippy. “As we began to peel back the layers, the investigation became more and more disturbing. There was a malicious, devious energy coming at us from every angle. It felt like pure evil.”

“This was one of the most intense and challenging experiences I’ve ever had,” said Kaza. “We made contact with a sinister presence, and it was definitely the most manipulative spirit that I have ever worked with. I felt like I was being messed with during the entire investigation. It shook me to my core.”

Shippy and Kaza are the first to ever conduct a paranormal investigation at the campsite near the University of Florida campus from which Rolling stalked his victims, as well as inside his childhood home in Louisiana, where aggressive poltergeist activity plagues the current homeowners. Interviews with experts and those connected to the case, including Rolling’s ex-fiancée, reveal that evil has run in his family for generations. Shippy and Kaza are confronted by powerful malevolent energy during their intense investigation – could it be the demonic force that possessed Rolling, or is it the spirit of Rolling himself? Fearing for everyone’s safety, they call in a demonologist to conduct an exorcism and help battle off the evil forces.

Cindy Kaza is a psychic medium who had her first memorable encounter with a spirit when she was just 10 years old. She dismissed this chilling experience as just a dream until her early 20s, when she realized she was continually having psychically spiritual experiences. Since this “awakening,” Kaza has been searching for the truth about her gifts and testing the limits of her multifaceted abilities, including “automatic writing,” in which she allows the dead to communicate directly through her via free-form writing. Kaza has trained at England’s renowned Arthur Findlay School of Intuitive Sciences and now travels across America providing people startling evidence and messages from the dead.

Steve Shippy is a filmmaker and paranormal expert. He grew up in a small town near Saginaw, Michigan. As a kid, he was a victim of a severe haunting. The experience stayed with Shippy and he sought out paranormal experts who worked with him to develop a way to understand what is really going on in hauntings – and how to confront the entities to either make them leave or to bring them peace and to end the haunting. Shippy began documenting his work on film and to date has produced and directed 10 feature length documentaries (all available on Amazon Prime) including “A Haunting on Hamilton Street,” “A Haunting on Dice Road” and “A Haunting on Brockway Street.”

discovery+ is the definitive non-fiction, real life subscription streaming service. discovery+ features a landmark partnership with Verizon that gives their customers with select plans up to 12 months of discovery+ on Verizon. discovery+ has the largest-ever content offering of any new streaming service at launch, featuring a wide range of exclusive, original series across popular, passion verticals in which Discovery brands have a strong leadership position, including lifestyle and relationships; home and food; true crime; paranormal; adventure and natural history; as well as science, tech and the environment, and a slate of high-quality documentaries. For more, visit discoveryplus.com or find it on a variety of platforms and devices, including ones from Amazon, Apple, Google, Microsoft, Roku and Samsung. 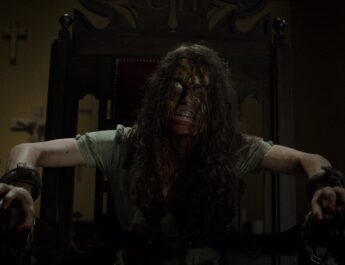 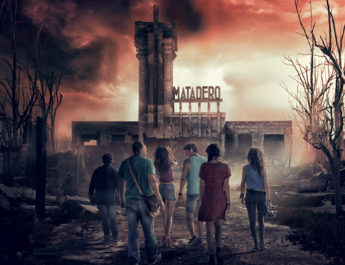