Here are some of the horror DVD/Blu-Ray releases for Dec. 21st!

Leon S. Kennedy and Claire Redfield reunite to investigate the connection between two zombie outbreaks in distant countries and uncover a threat that will shake the nation to its very core.

He’s got ice in his veins and he’s giving cold-blooded a whole new meaning… his name is JACK FROST. After five years of terror and 38 bodies in five states, serial killer Jack is on his way to execution. But a freak accident with a truckload of genetic material in the middle of a snowstorm mutates Jack into a killer snowman. Now only an army can stop the slayride of terror from this frosty monster with icicle fangs. Hell has just frozen over… he’s the abominable Jack Frost.

Jack Frost (Scott MacDonald), the chiller killer is back and he’s mad as hell. An accidental lab experiment resurrected the evil snowman, but this time, the crystal killer can’t be stopped by fire, bullets or even his worst enemy, chemical anti-freeze. With revenge on his mind, Jack sets out to finish off his nemesis, Sheriff Sam (Christopher Allport), who is vacationing on a Caribbean island. Sam’s balmy paradise turns into a Winter Terrorland when Jack freezes the island and quickly ices everyone around him. No one can stop the chilling killing spree when Jack can travel as lethal liquid or fatal, frosty flakes. Just when you thawed it was safe to go back in the fridge!

One Hollywood stunt rarely attempted in shot-on-video movies is the car chase, yet “Zombie Cop” spends a big chunk of its short running time attempting just such a feat, with mixed results. Voodoo rituals, fight scenes, questionable police procedure, and ample gunplay with actors using real weapons firing blanks also contribute to making this one of the most gonzo horror/action hybrids ever made.

Cut off from civilization, a single mother puts her children on high alert when they bring home a young girl caked in clay. She tells of spirits and spirit hunters, but these are not mere superstitions. As more strangers show up on her doorstep, she quickly finds another reason to fear the forest. Malaysia’s official submission to the 2021 Academy Awards.

Inspired by ‘60s soap opera “Dark Shadows” and George A. Romero’s underrated thriller “Martin,” producer/director J.R. Bookwalter (“The Dead Next Door”) ushered shot-on-video features into the mainstream with his 1991 horror-drama “Kingdom of the Vampire.” The gloomy tale was far from a financial or critical smash, but paved the way for a tsunami of weird, wild camcorder movies throughout the ‘90s, decades before Hollywood abandoned film for digital cinema.

Faced with a prolonged bitter Ohio winter in March, 1992 and a distributor release date just weeks away, producer J.R. Bookwalter (“The Dead Next Door”) had no choice but to toss out the majority of his “Humanoids From Atlantis” screenplay and have the cast and crew make it up as they went along. The result is a complete cinematic abomination that has to be seen to be believed, but strangely compelling in a meta kind of way.

Army veteran Frank Mason is losing his memory and his son Tom is desperate to try anything to help his dad, including allowing him to be part of a clinical trial of the military’s latest drug for mental acuity in combat, Deimosomine. However, no one can fathom the drug’s sinister side effect: it turns people into psychopathic homicidal maniacs, and the bodies are starting to pile up!

Shot over three and half days in February, 1992 for under $1,500, “Galaxy of the Dinosaurs” keeps tongue firmly in cheek as producer J.R. Bookwalter (“The Dead Next Door”) brazenly intercuts 35mm stock footage from the 1977 movie “Planet of the Dinosaurs” into this camcorder quickie shot in the woods behind his father’s Mogadore, Ohio house. The results are as outrageous as you might expect, one of several reasons the original VHS release remains a coveted collector’s item nearly three decades later. Stopping for a brief lunch break on the planet Gurgon (which looks remarkably like Earth), five innocent Zyroxans (who look remarkably like humans) encounter chaos and terror when a race of ferocious dinosaurs become hell-bent on turning their intergalactic field trip into a full-fledged fright fest! Remastered from original Super-VHS-C camera masters with additional 2020 restoration work, “Galaxy of the Dinosaurs” roars onto Blu-ray together with never-before-seen bonus materials from the Tempe vaults, three audio commentaries, and original 1992 home video presentation captured from the archival edit master.

Premutos is the first of the fallen Angels, even before Lucifer. His goal is to rule the living and the dead. His son should pave the way for him to return. A young man begins to suffer from visionary flashbacks – of the past lives he lived. On his father’s birthday, a case containing an old book is found in their garden, which was hidden by a Warlock in 1943. When the young man touches with the book, he mutates into a monster and awakens an army of zombies, ready to bring back the fallen Angel Premutos. 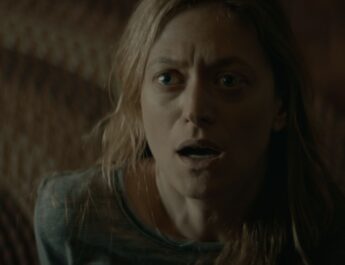 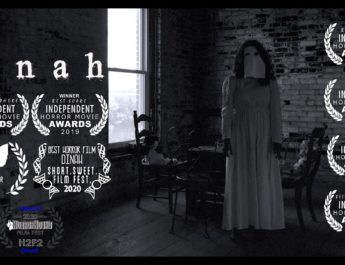