The U.S. government has confirmed the existence of Unidentified Aerial Phenomenon (UAPs) – aka UFOs-  and is currently establishing a new commission to study these incidents in a more serious and open manner.  While the government reports do not confirm or debunk the existence of alien life, it has reignited worldwide interest in the existence of extraterrestrials and sets the perfect stage to take a look back at two of the most well-documented alleged UFO abduction cases in history. In two all-new Shock Docs, discovery+ presents the real stories, recounted by the eyewitnesses and victims themselves, and supported by exclusive audio and hypnosis tapes, of the most fascinating and frightening close encounters ever to be reported. ALIEN ABDUCTION: BETTY AND BARNEY HILL and ALIEN ABDUCTION: TRAVIS WALTON, both stream on discovery+ on February 18th.

With new forensic technologies not available in the 60s and 70s, and access to the remarkably preserved physical evidence from these two cases, investigators re-examine the key pieces of evidence to see if they can prove that humans have had physical contact with extraterrestrials. The Shock Docs reveal new discoveries in both of these cases. In the Walton case, which took place in Arizona in 1975, unique tree ring growth may prove where the UFO was hovering and separately, the program uncovers details behind the man who led a complex plot to debunk Travis’s story.   In the Hill case, which took place in New Hampshire in 1961, UFO expert Ben Hansen and his team run DNA testing on Betty Hill’s dress and corroborated parts of Betty’s examination story.

“Even after decades, these are still active cases,” said Hansen.  “We’ve been following up on leads and field research in the last few years that have uncovered incredible discoveries. As the world is hearing official confirmation of the existence of UAPs that may be of extraterrestrial origin, we now have to ask the next question: how up close and personal are these visits? And, no matter the agenda of these visitors, the vivid and dramatic details of the encounters in these historic cases should make everyone pause and wonder what might be coming.”

In September 1961, Betty and Barney Hill are driving home to New Hampshire from a honeymoon trip when they make a shocking discovery and come face to face with a UFO.  When they cannot shake the feeling that something more happened, the Hills undergo regressive hypnosis. Here they recall a terrifying ordeal of being abducted and experimented on by extraterrestrial beings aboard their UFO.

When their story is leaked to the press, Betty and Barney Hill receive global attention as the world’s first widely-reported alien abductees. They become pop culture figures through a best-selling book, magazine excerpts, and numerous media appearances. Decades later, in an intimate first-person interview their niece, Kathleen Marden, walks us through her lifelong mission to expose the truth behind the Betty and Barney Hill alien abduction.  She has revisited their story by searching through documents, witness testimony and physical evidence to find the truth.

On November 5, 1975, a seven-person logging crew drives home after a long workday in the Apache-Sitgreaves National Forest when they suddenly encounter a UFO.  One of the men, 22-year-old Travis Walton, gets out of the truck to investigate.  His crewmates are horrified when they witness a bolt of blue light flash from the alien ship that knocks Travis to the forest floor.

Fearing Travis dead, the crewmates flee back to town and call the Sheriff.  When a search of the area turns up no sign of Travis, puzzling questions arise.  Was Travis truly abducted by aliens?  Or did his coworkers murder Travis or have something to do with his disappearance and concoct the UFO story to cover their tracks?

The six crewmen pass polygraph examinations, but rumors persist.  The Walton story becomes an international media sensation and pushes the residents of rural Snowflake, Arizona to the brink.  Years later, the film Fire in the Sky brings awareness of the story to a whole new group of UFO investigators.  They uncover physical evidence that may prove alien visitation of planet earth.

discovery+ is the definitive non-fiction, real life subscription streaming service. discovery+ features a landmark partnership with Verizon that gives their customers with select plans up to 6 months of discovery+ on Verizon. discovery+ has the largest-ever content offering of any new streaming service at launch, featuring a wide range of exclusive, original series across popular, passion verticals in which Discovery brands have a strong leadership position, including lifestyle and relationships; home and food; true crime; paranormal; adventure and natural history; as well as science, tech and the environment, and a slate of high-quality documentaries. For more, visit discoveryplus.com or find it on a variety of platforms and devices, including ones from Amazon, Apple, Google, Microsoft, Roku and Samsung. 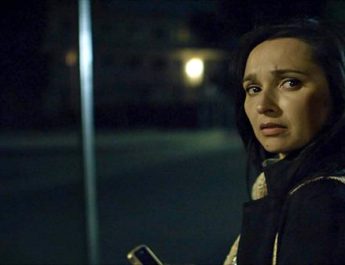