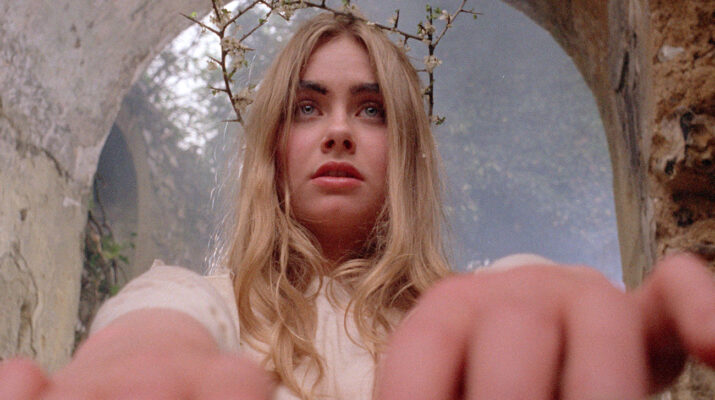 Here are some of the horror DVD/Blu-Ray releases for January 25th!

The most comprehensive collection of its kind. Experience 19 of the best-known, least-known, rarely-seen and thought-lost classics of folk horror from around the world, all restored from the best available vault elements.

Special Features include short films, audio commentaries and exclusive featurettes. The ultimate genre exploration continues with the original WOODLANDS DARK AND DAYS BEWITCHED soundtrack by Jim Williams, a 2-disc reading of the classic short story ‘The White People’ by actress Linda Hayden with a new score by composer Timothy Fife, as well as a 156-page book curated by Kier-La Janisse, featuring new writings by renowned film scholars, authors and historians alongside a selection of archival writings, poems and folk tales.

Tormented by recurring nightmares of a place she has never been, Marlene (Sandra Hüller, Requiem) cannot help but investigate when she discovers the place is real. Once there, she suffers a breakdown and is admitted to a psychiatric ward. Determined to discover what happened to her, Mona (Gro Swantje Kohlhof), her daughter, follows and finds herself in Stainbach, an idyllic village with a dark history. What is it that so tormented her mother, and the people of Stainbach? What is the source of the nightmares she suffers? And who is the mysterious Trude that lives in the forest?

Immediately after completing FLESH FOR FRANKENSTEIN, writer/director Paul Morrissey and star Udo Kier created what remains sumptuously depraved Euroshocker, cunning political allegory and ”wickedly funny horror that obliterates the line between art and bad taste” (Pop Culture Beast): Desperate for virgin blood, Count Dracula – Kier in the performance Flavorwire calls ”one of cinema’s Top 5 best Draculas” – journeys to an Italian villa only to discover the family’s three young daughters are also coveted by the estate’s Marxist stud (Joe Dallesandro of Morrissey’s FLESH, TRASH and HEAT). Stefania Casini (SUSPIRIA) and BICYCLE THIEVES director Vittorio De Sica co-star – with an unforgettable cameo by Roman Polanski – in ”one of the most unique vampire films in history” (Oh! The Horror), now scanned uncut in 4K from the original negative for the first time ever.

In 1983, acclaimed photographer Avery Crounse made his debut as writer/director with what is considered to be the seminal American folk horror film. Misunderstood by audiences and mishandled by distributors, it has remained virtually unseen until now: On the 18th-century frontier, an adulterous preacher and his followers flee to ‘the promised land’ only to enter a valley of lust, madness, pagan vengeance and hallucinatory terror. Dennis Lipscomb (RETRIBUTION), Guy Boyd (BODY DOUBLE) and Kerry Sherman (SATAN’S CHEERLEADERS) star in this ”extraordinary horror fantasy” (The Psychotronic Video Guide) restored in 4K from the original negative with more than 2½ hours of Special Features that include the answer print of Crounse’s original cut, CRYING BLUE SKY.

Enid Baines, a film screener at the BBFC, has earned an unsavory reputation for being the organization’s strictest censors of violent films. Unexpectedly, Enid is contacted by Frederick North, a notorious director of exceptionally brutal, low budget horror movies, who has requested that she personally review his work for classification. While viewing one of North’s films, Enid is struck by its narrative similarities to the disappearance of her own sister years earlier. But when she finds another of North’s films which stars a woman who bares a striking resemblance to her sister, Enid’s life begins spiraling out of control, sending her on a mysterious and terrifying journey into the dark and violent recesses of her past. The acclaimed feature film directing debut of Prano Bailey-Bond, CENSOR is a scathing indictment of Britain’s notorious Video Nasty era, imagined as a horror film that’s every bit as brutal and twisted as the Nasties themselves. Exquisitely photographed on 35mm by Annika Summerson and featuring an electrifying score by Emilie Levienaise-Farrouch, Vinegar Syndrome Pictures proudly presents CENSOR in its Blu-ray debut, with extensive bonus features including Bailey-Bond’s earlier short film, NASTY.

It’s been hailed as ”stunning” (Diabolique Magazine), ”brilliant” (AV Club) and ”mind-blowingly epic” (Film Threat), and stands as perhaps the definitive genre documentary of our time. From writer/director/co-producer Kier-La Janisse comes ”a seductive mega-text” (Indiewire) through the history of folk horror, featuring clips from over 200 films and interviews with more than 50 filmmakers, authors and scholars that explore the rural roots, occult creeds and cultural lore that continue to shape international cinema. Severin Films presents this ”astounding achievement” (Screen Anarchy) – also featuring an original score by Jim Williams (A FIELD IN ENGLAND), animation by Ashley Thorpe (BORLEY RECTORY) and collage sequences by Guy Maddin (MY WINNIPEG) – that Rue Morgue calls ”an unprecedented journey into where folk horror has been, where it’s going and ultimately what it says about humanity. ”

Horror movie director José is adrift in a sea of doubt and drugs. As his belated second feature nears completion, his reclusive bubble is popped by two events: a sudden reappearance from an ex-girlfriend and a package from past acquaintance Pedro: a reel of Super-8 film, an audiotape, and a door key. From there, the boundaries of time, space, and sexuality are erased as José is once more sucked into Pedro’s vampiric orbit. Together, they attempt the ultimate hallucinogenic catharsis through a moebius strip of filming and being filmed.

Kai is a violent fugitive on the run from the law. Making his way from Hong Kong to South Africa, he begins a new life working at a small Chinese restaurant. When he joins his boss on a work trip through the African savanna, he encounters a remote African tribe afflicted with the Ebola virus. After attacking a young woman from the tribe, he contracts the virus, but to his surprise, he discovers that he’s immune to the deadly disease. His ruthlessness emboldened, Kai returns to Hong Kong, thus setting into motion a blood spewing and bodily fluids oozing nightmare!<P>One of the most shocking and notorious Category III films, Herman Yau’s (The Untold Story) EBOLA SYNDROME is a delectably grotesque and darkly comedic splatter film masterwork and stars Hong Kong cult film superstar, Anthony Wong (Hard Boiled), in one of his most outrageous performances. For years almost impossible to find in its uncut form, Vinegar Syndrome is delighted to present the worldwide UHD debut of EBOLA SYNDROME, newly scanned and restored in 4K from its original 35mm camera negative and finally fully uncut for the first time on English friendly home video.

A group of ladies seeking the perfect faces soon realize that no surgery comes without a cost after they unknowingly conjure a demonic plastic surgeon.

In a small store filled with antiques and curiosities called The Anointed Cherub, a charming proprietor convinces customers to purchase the items he feels are perfect for them. However, what they don’t know is that each item comes with a horrible consequence. An anthology film in the tradition of “Creepshow” and “Tales from the Crypt”, Triaphilia tells the story of three items that destroy the lives of the people who purchase them. 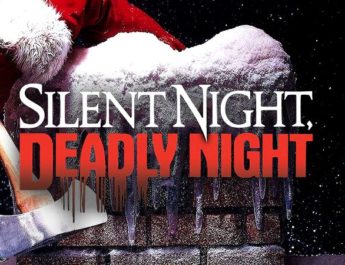