Experience the Film That Kickstarted a Fear-Seeking Journey When

On November 5, 1975, a seven-person logging crew drives home after a long workday in the Apache-Sitgreaves National Forest when they suddenly encounter a UFO. One of the men, 22-year-old Travis Walton, gets out of the truck to investigate. His crewmates are horrified when they witness a bolt of blue light flash from the alien ship that knocks Travis to the forest floor. Fearing Travis dead, the crewmates flee back to town and call the sheriff. When a search of the area turns up no sign of Travis, puzzling questions arise. Was Travis truly abducted by aliens? Did his coworkers murder Travis or have something to do with his disappearance and concoct the UFO story to cover their tracks? The six crewmen pass polygraph examinations, but rumors persist. The Walton story becomes an international media sensation and pushes the residents of rural Snowflake, Arizona, to the brink. Years later, the film “Fire in the Sky” brings awareness of the story to a whole new group of UFO investigators. They uncover physical evidence that may prove alien visitation of planet Earth.

In September 1961, Betty and Barney Hill are driving home to New Hampshire when they make a shocking discovery and come face to face with a UFO. When they cannot shake the feeling that something more happened, the Hills undergo regressive hypnosis. They recall a terrifying ordeal of being abducted and experimented on by extraterrestrial beings aboard their UFO. When their story is leaked to the press, Betty and Barney Hill receive global attention as the world’s first widely reported alien abductees. They become pop culture figures through a best-selling book, magazine excerpts and numerous media appearances. Decades later, in an intimate first-person interview, their niece, Kathleen Marden, walks us through her lifelong mission to expose the truth behind the Betty and Barney Hill alien abduction. She has revisited their story by searching through documents, witness testimony and physical evidence to find the truth.

In his first-ever documentary, and genesis for the hit TV series “Destination Fear,” Dakota Laden takes his sister Chelsea Laden and best friends Tanner Wiseman and Coalin Smith on a journey to test their limits of fear. Dakota does not tell anyone where they are going, just that they will be sleeping alone for five consecutive nights in five of the most haunted locations in America. What starts out as an experiment in fear turns into a real-life horror movie.

The renowned TAPS team return to the paranormal show that started it all. Original GHOST HUNTERS members Jason Hawes, Steve Gonsalves and Dave Tango, along with Shari DeBenedetti, reunite to revisit their most chilling cases and investigate disturbing new hauntings. Armed with state-of-the-art technology, their proven methodology and special guest investigators, TAPS tackle disturbing paranormal activity head-on, leaving no stone unturned to reach the dead among the living. The reboot follows the team as they crisscross the country searching for answers in the nation’s most haunted locations. Joining the core team are a host of experts from different paranormal backgrounds that add their own points of view and prowess to each unique case. [Hour-long episodes]

“The Girl With No Eyes” – Begins streaming Saturday, February 19 on discovery+

TAPS call in Dustin Pari to join them in a baffling case in rural Kansas. Residents of an old farmhouse have reported unnerving paranormal activity over the past decade, and the new owners desperately need answers to who, or what, is haunting the home.

TAPS investigate the Philip Williams House, a historic Virginia home bloodied by the Civil War and haunted by unexplained apparitions and violence. Secrets concealed beneath its floors may be tied to the extensive paranormal phenomena.

Former NYPD homicide detective Steve DiSchiavi and physical medium Amy Allan are back on the case. Utilizing his detective skills, DiSchiavi interviews witnesses and experts, and researches the history and facts behind each haunted location. Allan, a physical medium who sees and communicates with the dead, assesses the property to identify what underlying entities reside there. Keeping their findings hidden from each other, the team avoids all contact with one another – coming together only at the very end to reveal their shocking discoveries to the property owners, and each other. [Hour-long episodes]

A restaurant owner is convinced that evil spirits are out to ruin her business in Bluffton, South Carolina. Exhausted and out of options, she clings to the hope that Steve DiSchiavi and Amy Allan can help stop the dead from overrunning the restaurant and her life.

Terrifying true stories of the paranormal are told by the people who experienced them. The mystery and origin of each haunting is unraveled through mesmerizing first-person accounts and dramatic re-enactments, leaving a lingering sense that life and death are far stranger than ever imagined. [Hour-long episodes]

A woman is enchanted by a pair of antique dolls and brings them home. Soon after, she is stricken by a mysterious illness that nearly kills her, and her husband is sure the dolls are to blame. The couple must take drastic steps to contain the evil within.

“The Man in the Closet” – Begins Streaming Friday, February 25 on discovery+

A family awakens a vengeful spirit when they renovate a century-old farmhouse in Massachusetts. After a near-fatal encounter, they bring in a team of paranormal experts to settle the score with the invisible intruder.

The caretaker of a defunct insane asylum calls on Amy Bruni, Adam Berry and Chip Coffey to help with a troubling new development. Recent renovations have awakened a ghastly presence, and it is stirring up unrest amongst the building’s resident spirits.

It’s Bigfoot or bust for AIMS as the team head back to the Tygart Valley to hunt down a massive Sasquatch that roams those hidden hills. Equipped with an old shoeshine box full of clues, the guys soon learn they’re in a cryptozoic hot spot unlike any other. As they chase the numerous monsters of the Tygart Valley and build breathtaking traps, the team discover that Trapper may have been onto this secret all along, and the key to the entire puzzle may be within their reach. Welcome to the biggest, baddest and craziest season of Mountain Monsters yet! [Hour-long episodes]

The AIMS team members find themselves in the middle of a turf war in No Man’s Land between the Grafton Monster, Bigfoot and a pack of Smoke Wolves. The team then searches for the source of a mysterious rumbling in the hills of the Tygart Valley.

“Rumble in the Hills” – Begins Streaming Sunday, February 27 on discovery+

The search is on to find a lost brother when an AIMS team member goes missing somewhere in the hidden hills of the Tygart Valley. After hearing gunshots, the team makes a shocking discovery and must evacuate Willy from the woods. 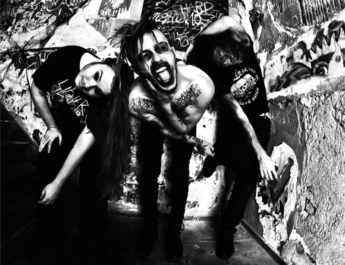 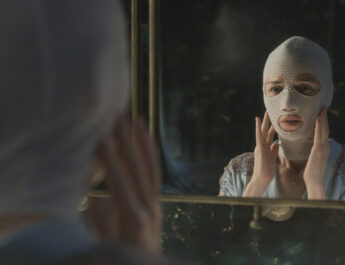