Fright-Rags honors big anniversaries of horror classics Evil Dead 2 and The Thing with fresh apparel, alongside a new Escape from New York collection.

Celebrate 40 years of John Carpenter’s The Thing with Fright-Rags’ merch. The ultimate in alien terror has received a new shirt, tie-dye tees and sweatshirts, and restocks of two sold-out designs. 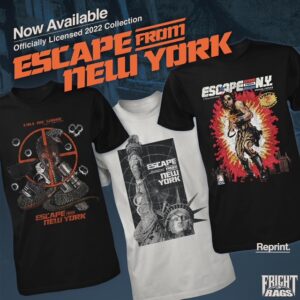 Doubling down on the Carpenter love, Fright-Rags has released Escape from New York apparel. Snake Plissken is featured on two new shirts and a reprint of the popular G.I. Joe parody design.

Evil Dead 2, The Thing, and Escape from New York collections are on sale now at Fright-Rags.com.

Official Trailer for THE MYSTERY SPOT – out October 7 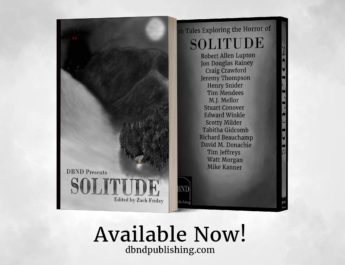