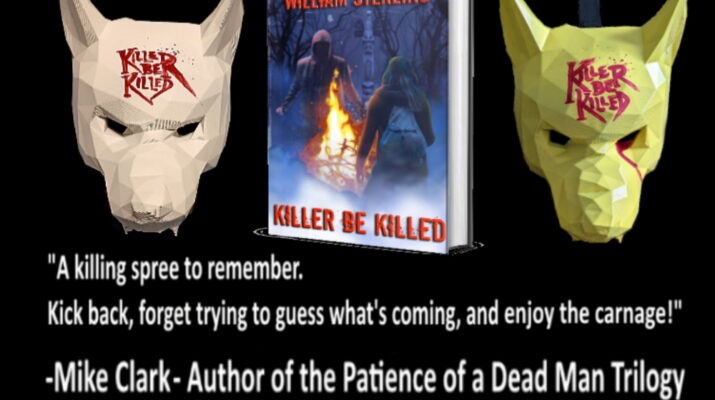 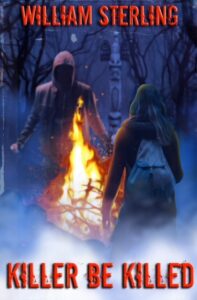 Boone Hampton had been dreading this day forever. The day when his baby girl would leave “the nest” to embark into the world on her own. He had hoped this moment wouldn’t come until college, or maybe a rebellious streak in high school, yet here he was, leaving her at a pre-teen summer camp.

Boone squeezes his daughter’s hands one last time and lets her go.

The day would have been hard enough if it had just ended there.

But now the counselors at Camp Green Pines have begun sacrificing the campers to resurrect a long-slumbering demonic entity, and Boone will have to risk everything to avenge his daughter.

Killer Be Killed takes the traditional camp serial killer formula and turns it on its head in a Splatterpunk-light homage to the slashers of the 80s with healthy doses of demonic possession and anti-cult related sub-plots cooked in for good measure.

Lanyards On. Masks Up. Machetes Out. 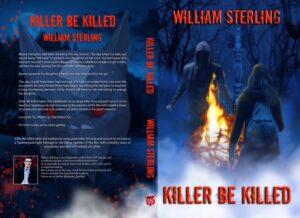 “A killing spree to remember. Kick back, forget trying to guess what’s coming, and enjoy the carnage!”
-Mike Clark; Author of the PATIENCE OF A DEAD MAN trilogy

“Just when you think you know the rules, the Slasher genre rises again, more powerful than before. Equal parts homage to the classics and a road map to the future of the genre, Sterling’s KILLER BE KILLED is frightening and funny, horrifying, and full of heart as it endlessly morphs and evolves, bringing threats both personal and universal. This is not to be missed.”
-James Sabata; Author of FAT CAMP and THE CASSOWARY

“I really, really liked this one, and as far as being pulled in after the first 50 pages or so? I can’t think of a book that has pulled me in this quickly on this level ( at least in a while ) – An ancient God, a wolf mask wearing cult, a children’s summer camp, and a father that knows in his soul that he shouldn’t have left his daughter there. So, it has a alot of the good stuff that comes with a camp slasher film, but it’s also got a deeper story that adds a lot of depth with the cult/god aspect. Also the father character, he feels a lot like a wrong place/wrong time type of thing and is set on a course of survival/revenge. Almost felt like a John McClane/Die Hard type of thing. It’s a really, really great horror book. Tons of BRUTAL kill scenes.”

Tons of brutal kill scenes, say no more! It’s time to start reading so get your copy today! 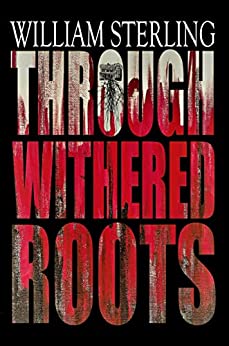 Sylvia Thomas grew up in Ravenhill, Vermont. For her, the town had always been mired in tragedy and bad omens. It was the place where her mom and her brother died in their mysterious accident, it was the place where her father lost his mind, and it was the place where Sylvia learned ghosts truly did exist. She swore she would never return. Now though, in a desperate attempt to protect her family, Sylvia finds herself trapped; railroaded back to that dead-end town with its shallowly buried secrets. For Sylvia, saving those that she loves will mean finally confronting her gruesome past.

“Wow, what a read! Sterling never fails to have me hunched over, squinting my eyes, eagerly flipping through pages in the dead of night. I can’t seem to put his work down no matter the time of night or lack of sleep. Each character has such a unique perspective on the story and it’s enchanting or see how Sterling is able to portray this. His descriptions are impeccable between the setting, the characters, the sounds, even the weather; all aspects of this book have clearly been meticulously planned yet so effortlessly delivered. This book takes numerous twists and turns which kept me thoroughly entertained throughout. Sterling is not afraid to make his readers really feel all of the feelings the characters are going through. Each time I finish a piece of Sterling’s work I am eager to get my hands on the next one. This novel is engrossing mentally and emotionally. What a pleasure it was to go on this journey Through Withered Roots!” 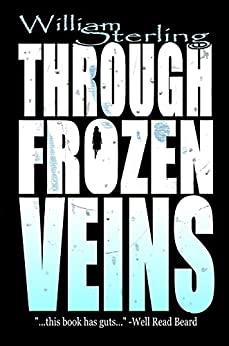 Five year old Heath Barnes just wanted to go home, but the worst blizzard in Georgia’s history seems to have other plans. Forced to seek shelter in a suspicious old farmhouse, the Barnes family feels blessed to have found a safe place to ride out their frozen nightmare. But the other guests in this haven may not be who they seem, and the pale, bloody girl floating through the snow seems to be a harbinger of bad news.

As the blizzard picks up outside, so too does the storm inside…

“I thoroughly enjoyed and recommend this book. Seen mostly through the eyes of a precocious 5 year old boy Heath, the horrors of the story are told in a unique perspective that I have not experienced before. Early in the read I felt echos of the Shining, Children of the Corn, and the Sixth Sense, but quickly I realized that this is a tale all of its own that leaves the reader longing to turn the next page and find out what will happen next. A suspenseful and difficult to put down text, fans of this genre should not miss out.”

William Sterling is an independent author who hails from the darkest depths of Georgia.

While I do love a good, grim, dark descent into the depraved hearts of mankind, my books play more in the realms of “popcorn flick horror” with a soft spot for unexpected endings.

Like Closed Room Mysteries with a touch of the Paranormal? Try Through Frozen Veins.

Like Small Town Horror that blows up in the third act? Try Through Withered Roots

Do the words “Reverse Camp Slasher” make you want to climb out of a lake with a machete? Killer Be Killed might be your style.