Here are some of the horror DVD releases for July 12th!

A group of spring breakers steal jet skis and head out to sea, but the fun quickly turns to horror after a head-on collision leaves them injured, bleeding and stranded in shark-infested waters fighting for their survival.

Weary of pandemic life, Annie makes a surprise, unwelcome visit to her old bandmate, Stretch, stealing his car and taking over his food delivery gig while live-streaming outrageous antics for internet fans. But when she accepts an unusual job, driving a sketchy, frail woman to safety, she’s entangled with an evil she could not have imagined. Now, Annie and Stretch find themselves fighting for their lives against a supernatural creature intent on making Annie its new host.

After a tragic accident where their son was killed, a young couple decides to move to the other side of the world to focus on their surviving twin son. But life in the countryside turns into a desperate battle for the very soul of their son.

In 1995 a four-man team from the cable-access program Fact or Fiction braved the desolate New Jersey Pine Barrens determined to deliver a live broadcast of legendary monster, the Jersey Devil. Only one came out alive. The lone survivor was sentenced to life in prison, but filmmaker David Leigh is convinced that he’s innocent. Could the Jersey Devil still haunt the barrens?

Winter, 1843. A young woman is under investigation following the mysterious death of her family’s matriarch. Her recollection of the events sheds new light on the ageless forces behind the tragedy.

A well-to-do family lives a lovely, carefree life until 13-year-old Cora starts to get violent nightmares which lands her in the hospital. Top-rated Radiologist, Nina Evanko, reviews Cora’s files and suggests she stays with the family over a few nights to watch Cora as she sleeps. Nina soon realizes that there is something more mysterious, more vile in Cora’s behavior than what science can explain. She turns to a Priest to conduct an exorcism but has the evil inside Cora become too strong? 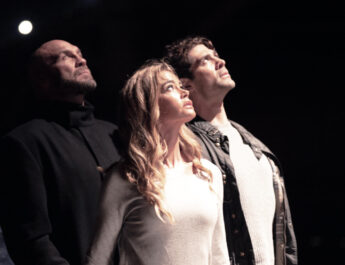 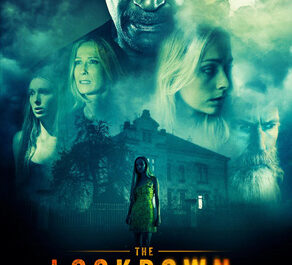 “The Lockdown Hauntings” Out Today in the UK & Ireland